A junior member of the Zimbabwe Republic Police stationed at Dzivaresekwa Police Station in Harare was arrested by members of the Zimbabwe Anti-Corruption Commission for allegedly stealing over $2 000 and possessing two fake ticket books. 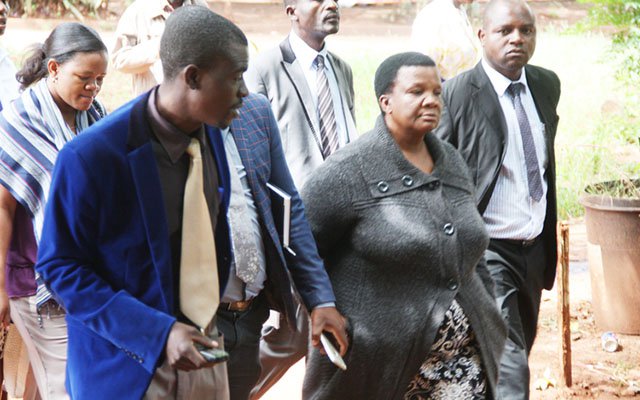 Sources close to the investigation revealed that the anti-corruption officers on Wednesday arrived at a roadblock in Dzivaresekwa which Jere and other officers were manning and began to check on their Z69J ticket books.

During the process, they realised that Jere’s receipt book had different serial numbers from the ones other police officers were using.

After further searches, it was discovered that he had two such receipt books.

On further investigations, it was also discovered that the financial records in some of the books he used were not tallying, and had a deficit of $2 300.

During the investigations, it was discovered that two original ticket books were missing from the police station.

“I cannot comment on a case that is being handled by officers from Anti Corruption.

“For more details, you get in touch with them since they are the ones who are handling the case,” she said.

A number of police officers have over the years been dismissed for various cases of corruption with the Police Commissioner-General Dr Augustine Chihuri being on record saying that they are working flat out to weed out corrupt elements.

On Wednesday, the officer-in-charge of Mbare Police Station was trapped and arrested after she allegedly demanded a $60 bribe from a commuter omnibus operator.

Last month, Comm-Gen Chihuri accused some officers manning roadblocks of corruption. He said a number had been dismissed from the force, but also blamed motorists for offering bribes, instead of paying legal fines.

Comm-Gen Chihuri told legislators from the Parliamentary Portfolio Committee on Peace and Security, Home Affairs and Security Services during a familiarisation tour of several police projects in Harare that police did not set targets for fine collections at roadblocks. The Herald

Musona turned down chance to prove himself in England