A Gweru gold panner who killed his ex-girlfriend and her cousin by setting on fire a room they were sleeping in using petrol has been told he faces the noose if the Executive approves the sentence. 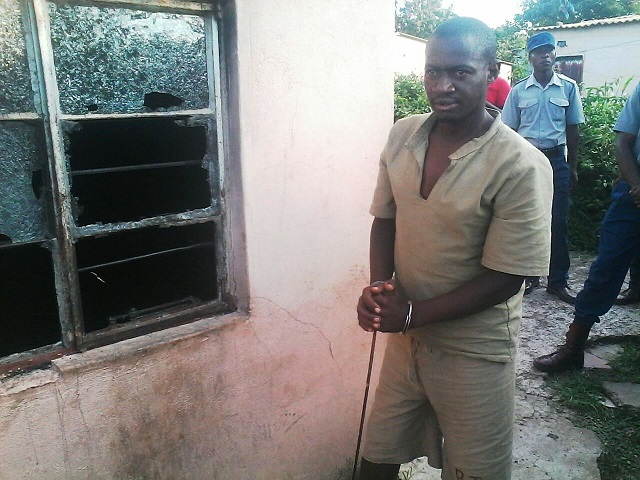 An unremorseful Garikayi Zvawanda (43) shocked the court by showing a thumbs up sign after Bulawayo High Court Judge, Justice Nicholas Mathonsi, sentenced him to death.

The judge had convicted him of murder with constructive intent. Zvawanda who had pleaded not guilty poured petrol before setting a room in which his estranged live-in girlfriend Ms Nancy Loraine Sibanda and her cousin Ms Cynthia Hlabangana were sleeping at a house in Ascot suburb.

His co-accused, Itai Manyoka, a taxi driver who drove him to a service station to purchase nine litres of petrol that was used in the heinous act was sentenced to 15 years in prison.

The convict had also told her that no men would fall in love with her if he could not.

The judge said the two women were attacked after they had locked their door in fear of Zvawanda.

“The coldness displayed by the two accused even in the face of death is astonishing. The deceased were groaning in pain while they were drinking beer from a nearby shop as if nothing had happened. This was a premeditated murder. With regards to accused two (Manyoka) he has been convicted as an accessory. His level of participation is reduced and so will not be treated as accused one partly because we accept that because of foolishness and unending love for beer and money, accused two failed to distance himself from this heinous crime. Accused two is sentenced to 15 years in prison,” he said.

“For accused one, there is nothing to mitigate with because two women who were in the comfort of their home died a painful death. Ms Sibanda had done everything to ward off the accused but it was all in vain. The accused continued stalking her until he killed her and is sentenced to death. He will be in custody and if the Executive approves the death penalty he will be hanged.”

Manyoka, who drove Zvawanda in his car when he went to buy petrol as well as to the late Ms Sibanda’s residence, denied the charges saying he had just been hired. He said Zvawanda paid him $16 for the service.

Prosecutor Mr Samuel Pedzisai said on December 2 last year at around 1AM, Zvawanda and Manyoka went to a service station in the city centre to buy nine litres of petrol.

He said after setting the room on fire, Zvawanda ran to the gate where Manyoka had parked his car and the two fled from the scene.The Chronicle