Reports say the singer, who has two adopted children from the country, appeared in court in Lilongwe with two unidentified children 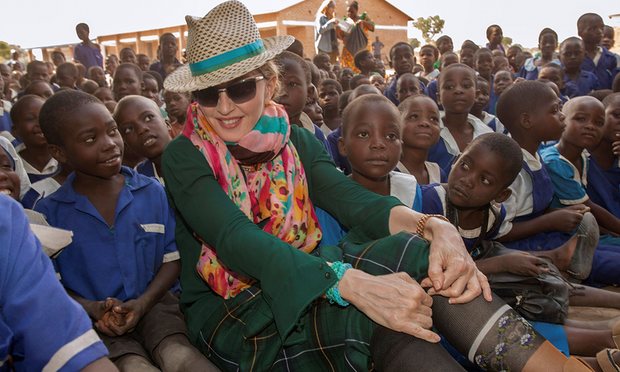 Madonna has denied reports that she has travelled to Malawi to adopt two more children from the country.

News reports citing a spokesman for a court in the country’s capital, Lilongwe, said the singer had appeared before it to lodge an application for adoption, but Madonna dismissed them as “rumours”.

Detailed reports in local media described tight security at the court, with Madonna appearing before Justice Fiona Mwale and accompanied by two unidentified children and several other people.

Mlenga Mvula, spokesman for Lilongwe high court, told the Agence France-Presse news agency: “The court is looking at the application now to determine whether Madonna can adopt these two children.”

Madonna denied she had been seeking an adoption. Speaking via a publicist, she told the Guardian: “I am in Malawi to check on the children’s hospital in Blantyre and my other work with Raising Malawi [her charity], and then heading home. The rumours of an adoption process are untrue.”

Madonna has adopted two children from Malawi: David Banda in 2006 and Mercy James in 2009. She founded the charity Raising Malawi and is building the first paediatric hospital in the country, which is among the world’s poorest. She was photographed visiting the site, at Queen Elizabeth hospital, last July.

The singer also has two biological children, Lourdes Leon and Rocco Ritchie. Last September she lost a custody battle with her ex-husband, film director Guy Ritchie, over Rocco, 16, that ensured he will remain in the UK.

In December, Madonna raised more than $7.5m (£5.9m) for Raising Malawi at a benefit gig and auction at which she grabbed headlines by saying Donald Trump made her “ashamed to be an American”.

Her adoptions from the country have proved controversial, partly because both children still had living family members. Banda’s father said in an interview he had not understood the legal implications of the adoption process, and that he regretted giving up the little boy.

Former president Joyce Banda published a blistering press release in 2013 saying the singer “wants Malawi to be forever chained to the obligation of gratitude” for adopting children from the country, and excoriating her for expecting the government to roll out “a red carpet and blast the 21-gun salute” in honour of her visits.

The controversy also led Malawi’s government to review its laws governing adoption from overseas to “make sure they serve the best interests of the children”, a Malawian government source told the Guardian.

But Banda’s successor, Peter Mutharika, has struck a more conciliatory tone, thanking the star on behalf of his government for “the passion Madonna has for this country”. The Guardian

ZUNDE challenges SADC to learn from The Gambia