President Donald Trump has fulfilled a campaign pledge by signing an executive order to withdraw from the Trans-Pacific Partnership (TPP). 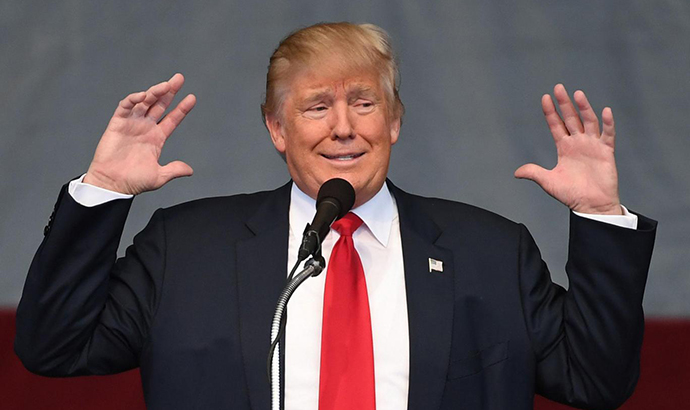 “Great thing for the American worker what we just did,” said Mr Trump as he dumped the pact with a stroke of a pen.

He also cut funding for international groups that provide abortions, and froze hiring of some federal workers.

Trump ‘should be removed’: impeachment trial

Mr Trump’s executive order on TPP was largely symbolic since the deal has not been ratified by a divided US Congress.

During his presidential campaign, he criticised the accord as a “potential disaster for our country”, arguing it harmed US manufacturing.

His action won some plaudits from the left as well as the right.

Democratic Senator Bernie Sanders told the BBC he backed it because trade deals like this have been a “disaster” and cost millions of jobs.

On Monday evening, Mr Trump’s pick to be secretary of state, Rex Tillerson, was approved by the Senate Foreign Relations committee, and now requires confirmation from the full Senate.

And the new CIA boss will be Mike Pompeo, following a Senate vote of 66 to 32, in his favour.

The Trump administration’s first weekday began with a flurry of executive orders, which allow the president to bypass Congress by issuing legally binding directions, mostly of limited scope, to federal agencies.

It is typically rescinded by incoming Democratic presidents, including Barack Obama in 2009, and reinstated by Republican presidents.

After meeting business leaders earlier at the White House, Mr Trump pledged to lower corporate taxes to 15% or 20%, from the current 35%, and slash regulations by up to 75% if they keep jobs in the US.

Some of the measures he announced on Monday fulfil “Day One” pledges he made as a candidate in a speech in Gettysburg in October.

But perhaps inevitably, some of the promises he made on that day and at rallies during his campaign have not been kept, although he may get to them in the coming days and weeks.

The Trump administration has planned for a busy few weeks, according to the White House press secretary.

Sean Spicer said the president’s nominee for Supreme Court Justice would come within the next couple of weeks.

And in his first proper White House press briefing, he said the US would block China from taking over contested islands in international waters in the South China Sea.

“I think the US is going to make sure that we protect our interests there,” he said.

“It’s a question of – if those islands are in fact in international waters and not part of China proper, then yeah, we’re going to make sure that we defend international territories from being taken over by one country.”

Meanwhile, Mr Spicer said it was “unquestionable” that Mr Trump’s inauguration “was the most watched” ever.

Although Ronald Reagan’s was top in terms of television figures, attracting 41.8 million viewers, Mr Spicer pointed out that the 30.6 million who tuned in to see Mr Trump take the oath of office did not include the millions who watched the ceremony online.

His remarks followed Mr Trump’s stinging attack at the weekend on media reporting of attendance figures and the weather at his inauguration. BBC News

Trump ‘should be removed’: impeachment trial

Iran agrees de-escalation ‘only solution’ to solve crisis with US