Two suspects accused of stealing 33,6 tonnes of Command Agriculture fertiliser were yesterday denied bail, while their suspected accomplice was released on $200 bail. 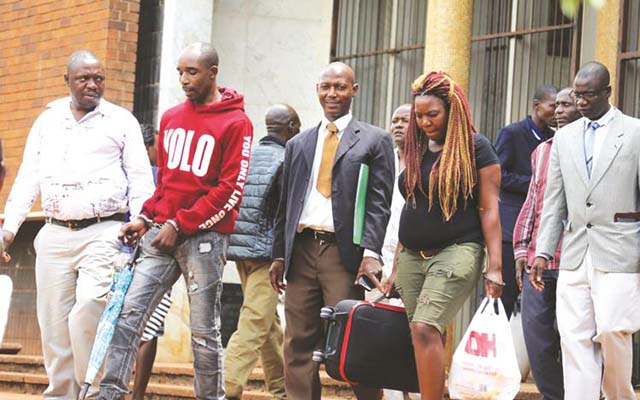 Tafirenyika Mariga (43) and Hilda Masamba (34) were advised to apply for bail at the High Court after Harare magistrate Ms Rumbidzai Mugwagwa ruled that the pair was a flight risk.

Duku was ordered to report at Warren Park Police Station and to reside at his given address pending finalisation of the matter. He was represented by lawyer Mr Stephen Chikotora.

Prosecutor Ms Audrey Chogumaira told the court that the Ministry of Agriculture, Mechanisation and Irrigation Development initiated the Command Agriculture programme targeting farmers across the country.

Among those targeted were farmers in Makonde District, Mashonaland West, who were asked to come together in order for them to easily access inputs.

According to the court papers, 51 farmersfrom Makonde formed a group whichthey named Chimurenga. On December 5 last year, the group was instructed by Agritex Chinhoyi to collect 33,6 metric tonnes of Compound D fertiliser and Atrazin herbicides from Harare.

The trio sought a truck to hire and was referred to Mariga, who allegedly met Manuwere at Windmill depot and charged them $650 for the trip to Shubhara Farm in Makonde.

Manuwere was issued with a delivery note indicating the details of the driver.

In connivance with Masamba, Mariga contacted Manuwere and advised him to wait for them at Westgate roundabout along the Harare-Chirundu Highway where he would pick him up on their way to Makonde.

It is alleged that Mariga, Masamba and the truck driver left Windmill with the loaded truck.

Mariga later sent $14 to Manuwere via EcoCash and ordered him to hire a taxi, while advising him that he had gone to Banket and the truck was on its way.

In the meantime, Mariga and his accomplices diverted the truck to Murehwa where the consignment was sold.

They hired Panganai Maringa, who is on the run, to sell the consign- ment.

Tadzimirwa waited for the truck along the Harare-Chirundu Road and when it did not turn up he proceeded to report to the police on December 10. About $17 350 was lost and nothing was recovered. The Herald

End of the road for SA human trafficker