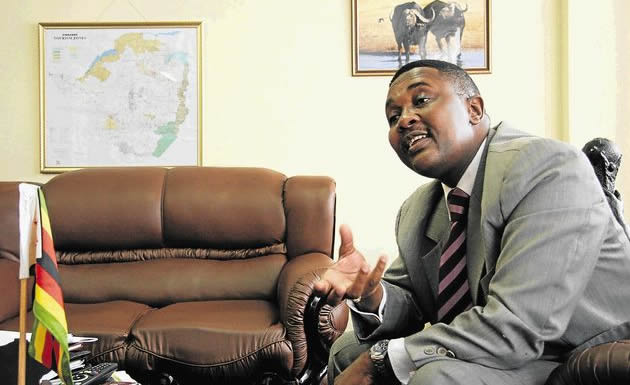 This comes after the African Union Commission and several stakeholders endorsed Dr Mzembi as the rightful candidate for the post last year.

In a statement yesterday, Permanent Secretary in the Office of the President Ambassador Stuart Comberbach confirmed the formal launch of Dr Mzembi’s candidature, saying it would boost Zimbabwe’s run for the top post.

“Dr Walter Mzembi, Zimbabwe’s Minister of Tourism and Hospitality Industry and the current Chairperson of the UNWTO Regional Commission for Africa, is set to formally launch his candidature at a landmark reception event to be held in Madrid, Spain on January 19, 2017,” he said.

Furious Mutsvangwa claps back at Mzembi criticism of Zanu PF…

Mzembi firebacks at Zanu PF for blaming Mugabe for power…

“Invited guests include representatives of all UNWTO member states, the Secretary-General of the UNWTO and all executive directors of the organisation, as well as senior representatives of the Spanish Ministries of Foreign Affairs and Tourism.”

Ambassador Comberbach said the formal launch would provide Dr Mzembi with an opportunity to unpack his vision for the international body.

“The launch event in Madrid will provide an appropriate opportunity and platform for Dr Mzembi to outline his vision as well as provide an overview of how, if elected Secretary-General, he intends to lead the UNWTO to those new heights of relevance, recognition and results”

Ambassador Comberbach said following the unanimous endorsement by African Heads of State and Government at the AU Summit held in Rwanda in July last year, Dr Mzembi assumed the mantle of Africa’s candidate for the top UNWTO post, a position which has never before been held by an African.

Dr Mzembi has served as Zimbabwe’s Minister of Tourism and Hospitality Industry since 2009.

Prior, he held various positions in both the public and private sectors in Zimbabwe and internationally including heading the Zimbabwe delegation to the ACP-EU Joint Parliamentary Assembly for three consecutive years.

He has represented his country on the UNWTO Executive Council and is currently serving his second consecutive term as chairperson of the UNWTO’s Regional Commission for Africa.

Dr Mzembi has a long-standing, deep and abiding passion for tourism in its many facets, as well as a well-defined and clearly articulated vision for the future development of the global tourism industry, under the umbrella of the UNWTO. The Herald