Rwanda-Air The Rwandese national airline, RwandAir says Harare will be among six new African and international destinations it plans to be plying this year. 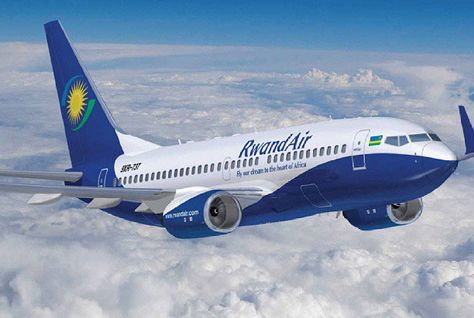 In July last year, Tourism and Hospitality Industry Minister Walter Mzembi met RwandAir officials in Kigali on the sidelines of an African Union summit to discuss the possibility of the airline servicing the Kigali-Lusaka- arare route.

“We will spread our wings even further to Harare, Mumbai, London, Bamako, Conakry, New York and Lilongwe,” the airline said on its official Facebook page.

The airline, however, did not reveal when flights were scheduled to begin.

Zimbabwe has in recent years seen increased interest from various airlines eager to fly into the country.

Some of the airlines that have restored services to Harare after a hiatus include Ethiopian Airways, British Airways and South African Airways.

To attract more airlines, Zimbabwe has embarked on an airport rehabilitation programme and recently completed renovation and expansion of the Victoria Falls airport.

The new airport, officially commissioned by President Mugabe in November last year, now has passenger handling capacity of 1,5 million per year, up from 500 000.

Some of the new features of the airport include an international terminal building, a four kilometre runway, a control tower, road networks and a new fire station.

The project was financed through a $150-million loan from the Export-Import Bank of China.

The Government has also said it plans to expand the Harare International Airport this year. The Herald