Rebels in Mozambique announced yesterday a two-month extension to a truce with the government, raising hopes for peace after a spike in violence last year that claimed scores of lives. 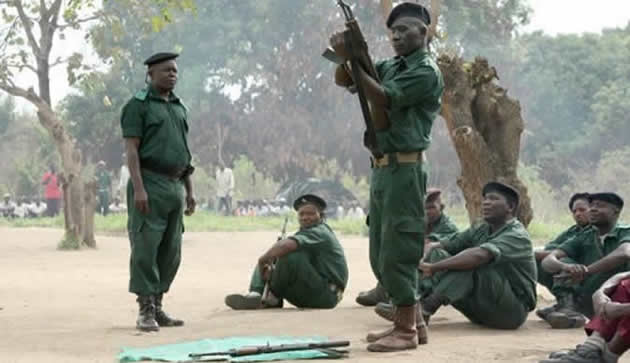 Analysts say competition over natural resources could also be exacerbating unrest – Mozambique is on the verge of developing huge offshore gas reserves which could transform one of the world’s poorest countries into a middle-income state.

The country’s president said the truce by Afonso Dhlakama, leader of Renamo, which is both an armed insurgent group and an elected opposition party, showed that the two sides were beginning to rebuild confidence in each other.

Worsening clashes between the Frelimo government and Renamo had revived the spectre of Mozambique’s civil war that ended more than 20 years ago.

“It is reassuring that both sides (agreed to ceasefire) so things can go well and provide peace for Mozambicans,” Dhlakama, who is in hiding, told reporters in a teleconference.

“I am the head of the family. I am Mozambican and we are really doing this to reduce the deaths in Mozambique.”

He added: “There have been some minor incidents, but the seven-day truce went well, so I announce the extension of the truce for 60 days, until March 4.”

“The truce is intended to build an atmosphere conducive to advancing talks in Maputo in peace and tranquillity for both sides.”

Dhlakama, who lives in hiding in the Gorongosa mountains in central Mozambique, said Renamo forces would not attack government troops or positions.

Last year saw a sharp escalation in violence, and more than 15 000 people have been forced to flee to government-run camps, relatives’ homes or across the border to Malawi and Zimbabwe.

The truce announcement came after tentative moves towards a peace process were suspended indefinitely last year due to setbacks including the killing of a Renamo negotiator.

President Filipe Nyusi said on Monday the truce was “productive”, according to the private STV television channel.

Trust “is being created,” he said, adding that government forces did not launch offensive attacks on Renamo.

One diplomatic source told AFP that Dhlakama was weakened and had been forced into a truce to try to revive the chance of peace talks, which could be held under international mediation coordinated by the European Union.

“Dhlakama was cornered and it seems that this is the solution he found to save international mediation,” the source said.

The rebel leader announced the truce after a series of telephone calls with the president.

The fighting has often focused on Mozambique’s main roads, with Renamo attacking government convoys and civilian vehicles, and soldiers accused of ruthlessly targeting suspected rebels in nearby villagers. The Herald