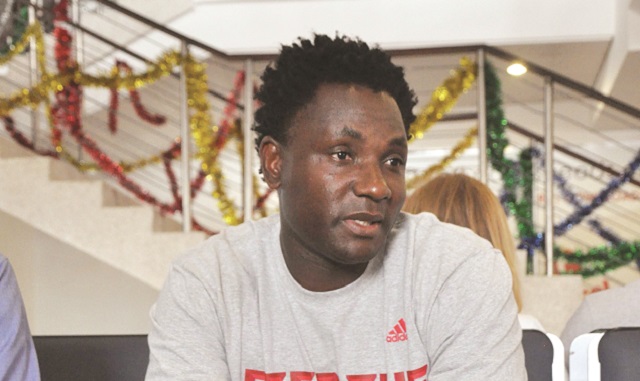 Speaking just before he departed for his United States base on Tuesday, Ncube blamed Zifa councillors for failing to uphold principles of fair play as the reason the football governing body and PSL impasse.

“To be honest, the situation is hard for the boys because they need to decide their future now, but they don’t even know if they will play in the PSL next season,” said Ncube.

“It’s strange that leaders of the game decided to change the rules towards the end of the season. In my humble opinion, since everyone started the year knowing about the rules, they must just stick to that principle. If ever they’re not happy with the relegation and promotion format that they had agreed on, why don’t they implement the one that they are keen on for the 2018 season instead of disturbing the league.”

There is no solution in sight to the promotion and relegation standoff, with the 16-league Premiership clubs rejecting Zifa’s imposition to run an 18-team league for 2017.

The PSL has vowed to stick to its November 19 resolution and resist Zifa’s attempts to divide the clubs.

The PSL clubs met on November 19 and the board of governors produced an eight-page resolution stating they would not relegate any team pending the outcome of the case they took to the Court of Arbitration for Sports (CAS).

The standing feud has also threatened PSL’s contract negotiations, with sources saying Delta Beverages, whose deal expires at the end of the month, are awaiting conclusion of the matter before committing.

The relegation fiasco aside, Ncube believes Zimbabwe is laden with talent, hence his decision to venture into grassroots development.

Ncube, who also captained the national Under-23 side, is running an academy in Gwabalanda with his friends.

The Biya and Friends Academy was recently promoted into the Zifa Bulawayo Metropolitan Province’s Serie A Junior League. The academy nurtures Under-14, Under-16 and Under-18 boys.

Babington Chingoto, Stanley “Sinyo” Mpofu and Evans Nare are in charge of the junior teams at the academy.

“We set up a soccer academy in 2015 and that is why we failed to hold the Biya and Friends Football Festival as we are channelling all our resources to the academy. The reason we went the academy route is because we want to help youngsters develop into complete athletes by balancing their academic side as well as their sporting end. We’re hoping to organise scholarships for players with good grades in the United States,” Ncube.

Ncube is presently involved with South Central Soccer Academy in the US state of Indiana. Chronicle

‘Mubaiwa will not be chairman’

Poor stadia drive soccer matches away from Harare . . . at least for now