The co-founder of a Tanzanian whistle-blowing website has been charged with obstructing an investigation after not handing over the details of people who post on the site to the police. 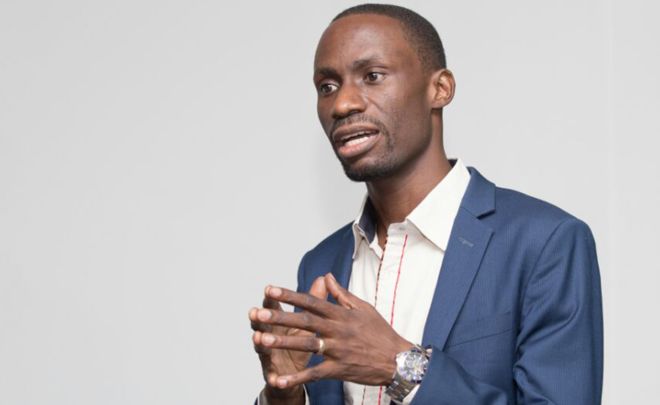 Maxence Melo, a director of Jamii Forums message boards, was charged under a controversial cybercrimes law.

The government said the law would stop the spread of lies, sedition and pornographic material online.

But critics say the law limits freedom of expression.

One US aid agency ,The Millennium Challenge Corporation (MCC), cancelled nearly $500m (£405m) of funding in March partly on concerns over the enforcement of the law.

The accidental journalist who has been in court 137 times

Tweeters have been using the hashtag #FreeMaxenceMelo in protest at Mr Melo’s arrest.

On Wednesday Tanzanian police took Mr Melo to his office and home to search for the users’ details they wanted.

Mr Melo’s lawyer told the BBC the search was against his consent and the police did not have a search warrant.

The Jamii Forums other co-founder, Mike Mushi, told the BBC the police didn’t take anything but made copies of several documents.

Mr Melo appeared at Kisutu court in Dar es Salaam on Friday, charged with obstructing an investigation and with failing to register the site with a co.tz domain name.

The cybercrime law made it a legal requirement for all websites in Tanzania to have a co.tz domain name.

The BBC’s Sammy Awami reports that Mr Melo’s bail hearing has been postponed until Monday. After he was charged, he was sent to Keko Prison in the country’s economic capital, Dar es Salaam.

He says information posted on the site about corrupt deals has led to the resignation of a prime minister, the dissolution of a cabinet and several ministers losing their jobs. BBC News

The accidental journalist who has been in court 137 times