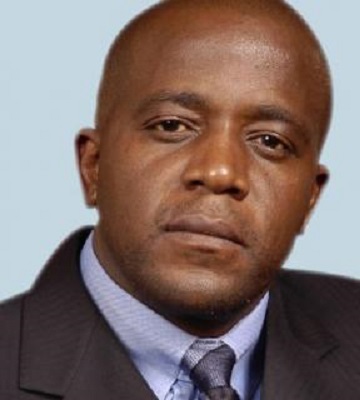 In a December 2, 2016 letter to ZHL’s group CEO, Stanely Kudenga, Timba, through his lawyers, Muza & Nyapadi, said assets involved in the planned deal were part of “corporate theft committed by the National Social Security Authority (NSSA)”, the pay-as-you-go pension fund controlled by government.

NSSA is the majority shareholder in ZHL and FMHL, formerly Afre Corporation which was controlled by RFHL before the contested takeover of the company by NSSA.

Timba lost control of Afre Corporation when it was taken over by NSSA in 2012 and rebranded to FMHL, which also controlled ReNaissance Merchant Bank (RMB), later rebranded Capital Bank before its closure due to lack of capital.

The developments took place after a Reserve Bank of Zimbabwe (RBZ) investigation unearthed alleged corporate delinquency, but absolved Timba of any wrongdoing this year.

Timba said ZHL was directly involved in negotiations to merge with Afre Corporation and come up with a new outfit with a combined US$362 million worth of assets, according to information from half year financial results to June 30, 2016 for the two companies.

Last week, the Financial Gazette’s Companies & Markets (C&M) reported that Timba had written to NSSA querying the proposed merger, which he said would lead to the sale of shares to a

Sanlam is South Africa’s biggest insurer and has been scouting for opportunities in Zimbabwe.

Last year, it bought a 40 percent stake in Masawara Investments Mauritius, which runs a life and short-term insurance and asset management business in Zimbabwe.

Confidential correspondence seen by C&M said Timba has warned that any talks by ZHL with FMHL would be illegal. He said any transaction had to wait for a decision of the High Court in a case in which he is challenging the transfer of his assets to NSSA.

The ex-banker has warned ZHL that it risks dragging itself into the mud if it went ahead with talks of a merger.

“By this letter, our client demands that you immediately abort any and all negotiations involving the assets, material or otherwise, of Afre Corporation. Our client will vigorously defend its assets of record in the courts together with suing for damages as appropriate if you continue the said negotiations,” said the letter sent to Kudenga by Timba.

“We provide you hereunder with a brief background of the corporate theft committed by NSSA to the prejudice of our client. The so called agreements which illegally bestowed NSSA with the majority shareholder status in Afre Corporation are currently under challenge in the High Court of Zimbabwe. It is through these purported agreements that NSSA illegally acquired RFHL’s principal assets, Afre Corporation and ReNaissance Merchant Bank Limited (later illegally name changed to Capital Bank Corporation Limited),” Timba said.

He said RFHL shareholders, whose assets were “illegally” acquired, had not been consulted to approve the “disposal”.

“NSSA, together with other parties who they acted in cahoots with, are clearly aware of these legal challenges by our client. In case you are not aware, our client has also filed a suit for damages suffered, against NSSA and various other parties who acted in cahoots with and induced them to proceed with the ‘acquisition’. Assuming these legal challenges do not move you at all, our client contends that perhaps this moral fact might.

“Would you illegally alienate the majority assets of an entity owned by indigenous Zimbabweans then proceed to sell same to foreign parties? If you would, then this is the centralisation of malice,” the letter added.

Kudenga was said to be in a meeting at the time of going to press. Financial Gazette

Drama kings and queens of 2016