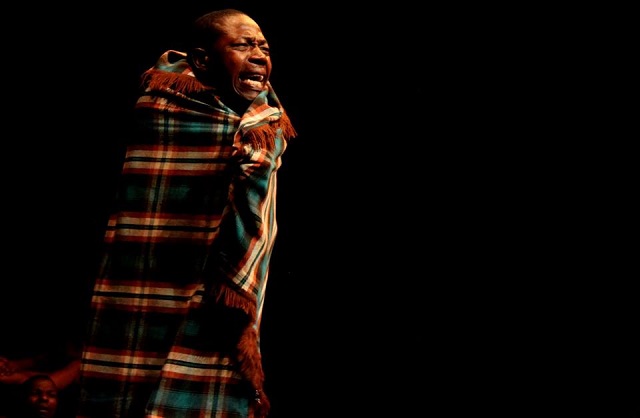 Former Amakorokoza actor Aleck “Skoro” Zulu (44) allegedly stabbed his wife with a knife, grabbed her by the neck before punching her several times on the mouth for arriving home late.

A court heard yesterday that Zulu insulted his wife, Ms Eunice Chikomba and threatened to reveal her HIV status to our sister paper, B-Metro.

The status was not disclosed in court.

Zulu lost his temper when Ms Chikomba arrived home around 11PM on Friday.

The magistrate did not ask him to plead and remanded him in custody to December 19.

Mr Dlodlo said Zulu started hurling insults at his wife and at the same time threatening to disclose her HIV status to B-Metro reporters.

The court heard that Zulu also stabbed the complainant once on the right leg with the knife.

There was drama when the court adjourned as Zulu’s friends from the arts industry mobbed Ms Chikomba pleading with her to drop the case.

She demanded $30 which she said she had spent on her medical treatment.

When the actors raised the money, she upped her demand to $100.

The friends again pooled resources together and when they tried to give her the $100 she increased the demand, this time three fold saying her ear was damaged following the assault.

It was at this point that the friends gave up saying it was up to the court to make a decision.

Zulu from Bulawayo’s Mzilikazi suburb was popular for portraying the violent Skoro who led a gang called “Izinja” in the popular local soapie, Amakorokoza which ran on ZTV between 2007 and 2009.

He is famous for the lines “Ngizakumanzisa” while holding an Okapi Knife and threatening to stab a rival gang leader. Chronicle