Zimbabwe Stock Exchange-listed brick-making firm Willdale has invested $1,2 million on six new trucks in a move anticipated to increase and ease transportation of the building materials. 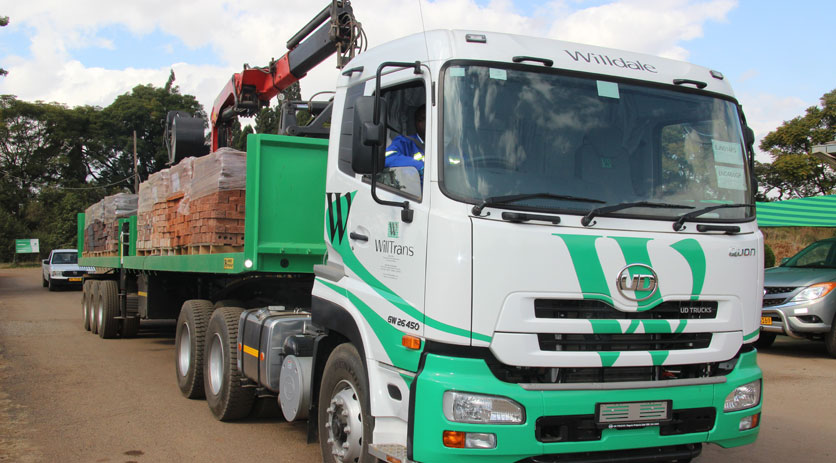 Willdale chief executive Nyasha Matonda said the Mt Hampden-based company see itself delivering bricks across the country by end of 2017 through increasing the number of trucks.

“As a company, we endeavour to deliver our bricks to clients on time without any breakages,” he said, adding that the trucks will also reduce theft of bricks as well as minimising breakages on the way.

“We have come up with these trucks as an answer to our customers who have requested for door-step deliveries as part of our services,” Matonda said.

Willdale profits ahead of target

‘Willdale to benefit from housing development’

Wiltrans head Philip Dumtan said the company will also invest in small trucks suitable for all kinds of roads in towns and cities.

“We are currently having difficulties in delivering bricks to our clients in town because the roads are too small for big trucks hence to solve the problem we have decided to buy small ones suitable for our roads,” he added.

Willdale, which is targeting to produce at least 90 million bricks this year, saw its turnover declining 20 percent in the full year to March 2016, at $3,6 million due to depressed volumes and lower prices.

Volumes for the year were 18 percent weaker than prior year.

Matonda attributed the general decline to a slow-down in construction projects as a result of the challenging economic environment, and this had a knock-on effect on the group’s performance.

Additionally, the sprouting of unregistered brick-makers across the country is posing a threat to the company’s sales volumes, especially the common bricks.

Unlicensed brick-makers and suppliers have capitalised on the boom in individual residential development projects in urban centres, however, exposing consumers to the risk of poor structures that may lead to disasters.

Matonda said there was need for industry regulators to enforce the existing by-laws that protect consumers from sub-standard bricks to maintain its integrity.

“Critical mass is obtained from large projects such as schools, shopping malls and cluster houses. We are driving volumes by being competitive through keeping our costs low and maintaining our high quality standards. We have also added a brick delivery service to provide total solutions to clients,” he said.

Willdale was listed on the local bourse in March 2003 following its demerger from Mashonaland Holdings Limited.

Currently, it is the largest brick- making company in the country and the only brick company listed on the Zimbabwe Stock Exchange. Daily News

Willdale profits ahead of target

‘Willdale to benefit from housing development’