Another fine broadcaster is gone

I first met Masimba Musarira, around 1976, a few weeks before he became a radio announcer and content producer at the then African Service of the Rhodesia Broadcasting Corporation (RBC), now Radio Zimbabwe at Mbare Studios (then Harare Studios). 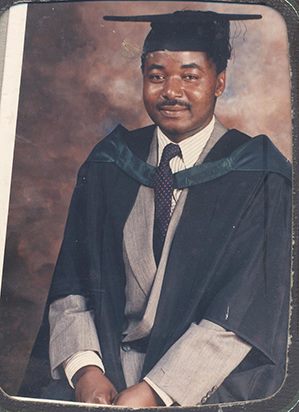 I had joined the corporation earlier in February 1974. Masimba’s elder brother, the late Edgar Musarira, my former English teacher at Highfield Secondary School in Harare had hinted me about the possibility of his youngest brother joining us “soon” after attending a successful audition and interview at RBC.

This background was to be the basis of my very close friendship with Masimba for decades to follow.

Since I was already an experienced broadcaster and newscaster, I helped him go through his induction and on-the-job training with ease under the guidance of our leadership team of Bruce Baker, Patrick Forbes and Dominic Mandizha.

In no time, the young Masimba was already presenting popular live programmes like Kwaziso/Ukubingelelana (Listeners’ Requests) and Dzandakusarudzirai (My Choice) as well as many interviews and talk shows covering topics on youth activities, social life and culture.

Musically, there would be something amiss if Masimba’s compilations excluded Eric Clapton, Bad Company, The Who and Status Quo which is what made him popular with the youth of his time.

He also read Shona news which would be translated from English after being sent via teleprinter from the main newsroom at Pockets Hill, Highlands. We would ensure that I was paired with him on the Ndebele segment when he was on duty as we enjoyed working together.

Masimba also undertook some rural recording tours led by veterans like Godwin Mbofana, Cyrus “Mombeyarara” Ntini and Benedict Mazonde to gather content for programmes such as Nhau Dzevarimi, Hurukuro Nevematenganyika, Dzavanagwenyambira and Zvevechidiki among many other genres.

Masimba and I over the years encouraged each other to continue with our education and professional training despite being popular personalities of our time.

With no journalism or mass media colleges at the time, we enrolled for a diploma in Journalism offered by the International Correspondence Schools (ICS) through distance learning. I had already started writing articles for Radio Post and Look and Listen magazines profiling different radio and television personalities, including Masimba.

After independence in 1980, we were to successfully integrate with colleagues who had been broadcasting  liberation struggle programmes from Voice of Zimbabwe in Mozambique and Zambia, like Victor Mhizha-Murira, the late Choga Crispen Gavhure, Dins Patrick Mutume , Nyasha Maposa (from Zanu), Oliver Juru and Joseph Masuku (from Zapu).

Masimba and I were transferred to the newly formed department of News and Current Affairs, Highlands then headed by Grey Tichatonga (Ambassador Mark Marongwe).

Masimba took over the production  of Newsreel and The World This Week on radio and television. I joined the Early News television desk as a Shona, Ndebele and English language reader before joining the late Stanley Nyahwa and Mavis Moyo in 1982 to establish the educational and national languages channel, Radio Four, now National FM.

Masimba was to move completely into television news and production after attending two three-month courses at Senders Freis Berlin in West Germany in the early 1980s.

He also developed a keen interest in investigative journalism, resulting in the launch of his very popular Assignment programme in which he uncovered a lot of corrupt activities among persons in authority in public and private sectors. He also excelled as a war correspondent when he produced a number of chilling programmes about the Renamo war in Mozambique where Zimbabwean soldiers were guarding the oil pipeline along the Beira corridor.

Among Masimba’s award winning documentaries were series exposing underdevelopment among the Doma people in the Zambezi Valley, resulting in government taking a keen interest in their welfare.

Masimba also got a Unesco fellowship to do a Master of Arts in Journalism degree at Cardiff University in Wales during which time we were to interact in the UK when I was studying at BBC Radio Training in London.

He was an avid reader, especially in fields of Philosophy, Pan Africanism and Sociology and our discussions motivated me a lot when, in the early 1990s, I was pursuing my undergraduate degree in Political Science and Public Administration at the University of Zimbabwe while also heading ZBC Radio One.

He had been keen to study law but could not finish his modules with Unisa due to work pressure, although he persuaded his son Tendayi to do so leading to him establishing a law firm.

As Head of Television Production at ZBC Masimba mentored many successful producers and crews.

He was later to be elevated as controller of television services, a position he held when he left ZBC.

He went into private production of documentaries and would invite me to voice some of them and in some cases assign me to do some Ndebele versions of his programmes.

ZBC would on different occasions invite him to anchor some current affairs programmes such as Face the Nation among others. ZiFM Stereo at one point allocated him a show in which we was able to share his thoughts about Pan Africanism with his listeners.

We lost touch a bit when I was transferred to head ZBC Montrose Studios in Bulawayo between 1998 and 2002 but when I returned to the capital I reconnected with Masimba very easily and would discuss the opening of the airwaves, training of journalists and writing books about our profession and experience, again motivating me to attain a Master of Philosophy degree in Journalism with Stellenbosch University in South Africa.

Away from broadcasting and journalism business, I was Masimba’s best man when he wedded his beloved wife Elizabeth “Hupenyu” Pfumojena at St Pauls Anglican Church in Highfield in 1979. In addition to Tendai, the couple was blessed with two beautiful daughters, Nyasha and Shamiso.

Masimba loved goat meat very much and immediately started breeding goats when he was allocated a farm in the Bindura-Shamva area. He usually enjoyed telling me stories about how he grew up in Nyautare, Nyanga where he admired nature and outdoor life, jokingly frowning upon me as a “born location” having learnt of my Highfield upbringing.

When he got seriously ill with cancer, his son Tendai would phone me and say, “Mr Masuku huyai muzoona shamwari yenyu yamakachatisa, iri kurwara zvakaipa” (Mr Masuku, you should come and see your friend whom you assisted as best man at his wedding, for he is seriously ill).

I would visit Masimba and sit with him on very green lawn in his beautiful garden in as he would narrate how illness started and how he was coping.
In my small way, I would try to reassure him but unfortunately he had to succumb to the disease after long suffering. At the time of his passing on, he was working

for Zimbabwe Heritage Trust where he produced the award-winning documentary Zanla Comes To Town among many other accounts of Zimbabwe’s liberation struggle.

Within an hour of his passing on, his son Tendai called me on  Sunday morning and said: “Mr Masuku, your friend is gone”

Indeed gone is my friend “Subri”, “Babylon man” and “My Lord” as Masimba Musarira and I would address each other with borrowed names which we enjoyed from history, literature and journalism during our forty years of companionship.

Fare thee well my friend, Zenda. May you find peace in Nyautare, the place of your upbringing and rest which you remained fond of despite traversing the world during your lifetime. Daily News