A nurse at the United Bulawayo Hospitals (UBH) was on Saturday afternoon arrested after she reportedly stole groceries at a supermarket in the city. 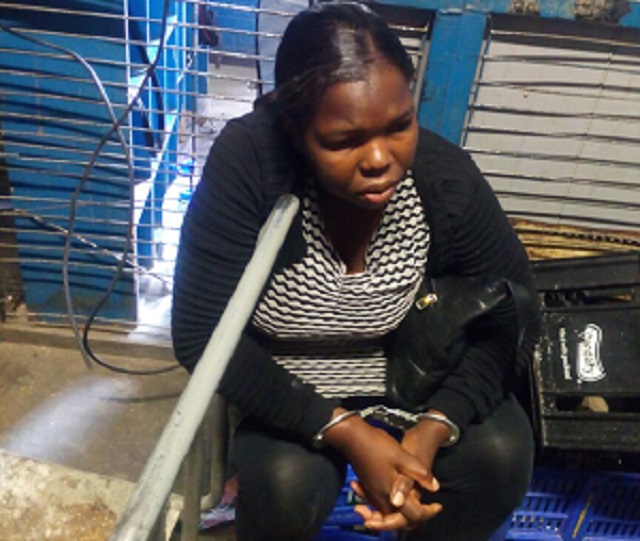 Security officers intercepted her after she tried to walk out of Pick and Pay Supermarket, formerly TM Hyper.

The nurse, identified as Sister Dzvange allegedly used an old receipt to fill up trolleys and steal goods from the supermarket.

A source from the supermarket said the security officers recovered goods that included assorted perfumes worth $70, disposable baby diapers, meat and detergents.

UBH chief executive officer Mrs Nonhlanhla Ndlovu said: “I only saw the pictures on social media. She’s away on leave and we’re yet to talk to her and hear her side of the story. I’ll be able to comment after we’ve talked to her.”

Sources at hospital said Sr Dzvange was handcuffed soon after she was searched and found with the groceries underneath her clothes.

“The security officers at the supermarket called the police after they caught her exiting the supermarket with groceries that she could not account for. She was handcuffed and taken away by the police,” said a nurse who refused to be named.

The nurse said Sr Dzvange was in the habit of stealing perfumes from supermarkets and selling them in the city.

She added that Sr Dzvange was once beaten by security personnel at the hospital after she was found with gauze bandages that she had stolen from one of the wards.

“She was transferred from the main hospital where she used to work after she was caught with gauze bandages that were meant for patients. She took the bandages and stuffed them in her handbag but her luck ran out,” said the nurse.

“Her superiors were also complaining that she was rude and difficult to work with,” said the nurse.

Sr Dzvange’s colleagues expressed anger over her actions, saying she was tarnishing their profession.

“This is an insult to our profession. There is no excuse to such actions. She’s gainfully employed and the Government paid us a few days ago. She could have just paid for her groceries instead of humiliating us,” said one of her colleagues who requested anonymity. Chronicle