FC Platinum coach Norman Mapeza says his men will fight to the end as he looks to lead the team to their first Premiership title after maintaining pressure on leaders CAPS United with a home victory over Highlanders on Saturday. 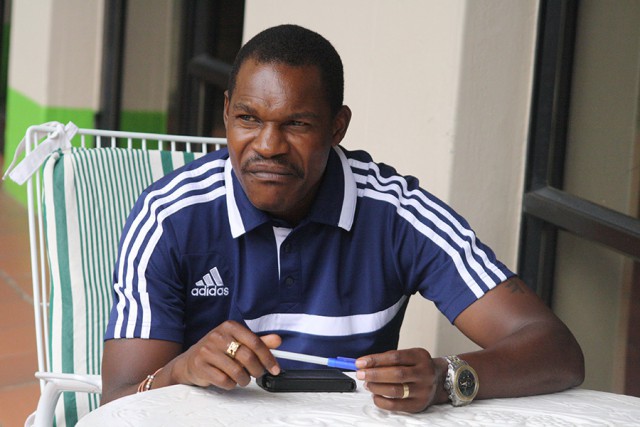 The victory took the Premiership race to the wire and they will be praying CAPS United drop points at Ascot, while they get maximum points against Tsholotsho in their last match of the season at Luveve.

A win for them and a draw by CAPS United will see the championship being decided on goal difference with the Zvishavane side having the advantage. Mapeza believes he has done his part to revitalise the team.

“I think I have achieved more than any other coach who came to FC Platinum. When I joined the team in 2014 I finished on fourth position and in 2015 I was third,” said the coach.

“I am part of the people who are building the club. My guys have worked so hard to achieve these results. We are going to continue working hard and we need a victory against Tsholotsho from our last match and then see what happens.

“I am not under any pressure at all and I am surprised with you guys of the media who write that I am under pressure.

“I think you are the ones who are under pressure. I have a contract I signed and you do not even know the contents. So why should you write that I am under pressure?

“You also write about the myth of Week 29, but I am sure at one point I won in Week 29 when I was in charge of FC Platinum.”

I’ll be back: De Jongh