Mighty Warriors vice-captain Emmaculate Msipa believes the exposure they got at the recent Olympic Games should work in their favour when they start their campaign in the Africa Women Cup of Nations which begins tomorrow in Cameroon. 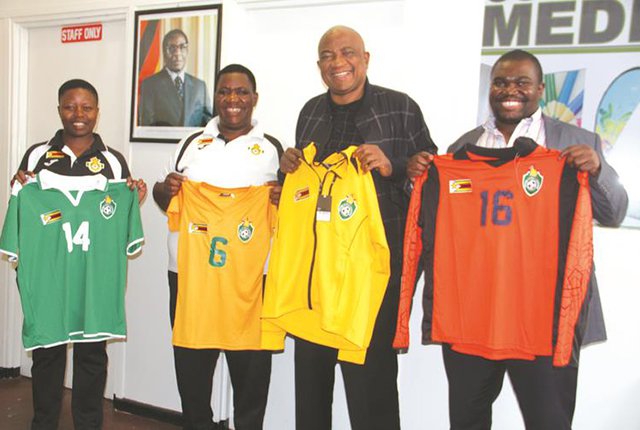 Zimbabwe will open their campaign against neighbours South Africa.

Msipa on Wednesday told The Herald that the Mighty Warriors’ participation at the Olympic Games boosted their confidence.

Coach Shadreck Mlauzi retained the bulk of the players that took part at the Summer Games for the continental football showcase running until December 3 in Yaounde and Limbe.

Msipa’s team eases out of relegation

“We played some of the top five ranked teams at the Olympics and I don’t see a reason why we should not do well in Cameroon.

“We managed to play against Germany and scored, against Canada and Australia and we scored as well. So that in itself gives us confidence.”

The Mighty Warriors, who are pooled against South Africa, Egypt and hosts Cameroon in Group A left the country on Wednesday.

ZIFA president Philip Chiyangwa was yesterday working closely with a local bank to ensure that the financial incentives for the players were taken care of.

Rather than being paid in cash, ZIFA want the Mighty Warriors to have all their earnings deposited into their accounts.

The Mighty Warriors had two friendly matches against Egypt and South Africa as part of their build-up to the tournament.

They beat Egypt 2-1 in September, but went on to lose 0-3 to Banyana Banyana last week in their last preparatory match.

“We are all prepared for the tournament and our first game on the 19th, which is this Saturday against South Africa.

“We are going to collect three points against them.

“Cameroon, Egypt and South Africa, we have played them before and we understand their play. I think we will manage to do our best against them,” said Msipa.

Meanwhile, ZIFA appear to have called time on their kit partnership deal with Joma.

The Herald is informed that ZIFA have been buying kits for the national teams of late.

Ordinarily, the sponsors should provide such kit.

“The deal is off and a letter has already been sent to the partners to advise them of that,” sources said.

“Remember there were issues in Sao Paulo when the organisers of the football tournament at the Olympics refused to let the Mighty Warriors use the Joma kit because they said it was of an inferior quality.

“Then there is also the issue that ZIFA have been buying all the kits, of late, instead of getting them for free from the sponsors, and that has created tension.

“You will see that the Mighty Warriors will use a different kit in Cameroon, which was sourced by Chiyangwa from South Africa this week and that is just the start of the changes. The Herald

Msipa’s team eases out of relegation

Mighty Warriors not going to Ghana