The Judicial Service Commission (JSC) which is in the process of decentralising to all parts of the country has completed construction of four state-of-the art courthouses in the Midlands province. 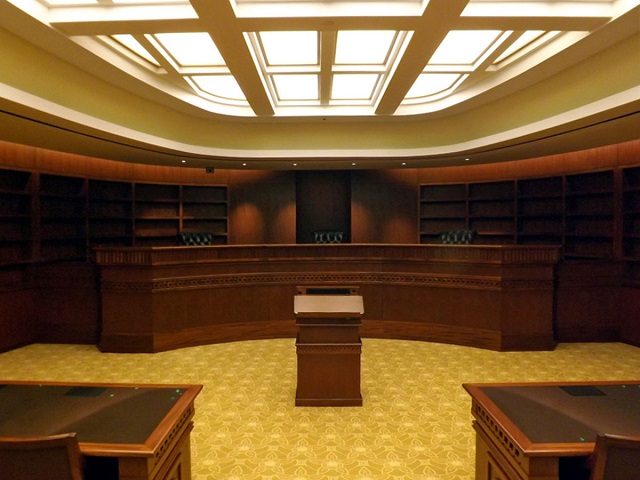 The completed courthouses are in Shurugwi, Zvishavane, Mberengwa and Mvuma.

“The whole system is congested with idiots,”…

Mrs Msipa said the other three courts will be officially opened in due course.

“The Judicial Service Commission has with the generous support of the Royal Danish Embassy Office in Harare completed the construction of a new courthouse at Mvuma magistrates’ court.

“The courthouse will be officially opened on Wednesday next week by Vice President, who is also the Minister responsible for Justice, Legal and Parliamentary Affairs Cde Emmerson Mnangagwa,” she said.

The Mvuma new model courthouse, is one of 22 such courthouses under construction or have recently been completed countrywide. The Mvuma Court previously operated as a circuit.

The courthouse is user-friendly as it is among others furnished with a waiting shed for witnesses, a help desk where the public will access legal advice free of charge, a Victim Friendly facility, public toilets and a wheelchair ramp.

It is well equipped and furnished to efficiently enhance access to justice for Zimbabweans regardless of class and status. Chronicle

“The whole system is congested with idiots,” Sikhala fumes while in leg…