For a musician from Highfield, it must be annoying for hope Masike to be regarded as an artiste for upmarket audiences only. 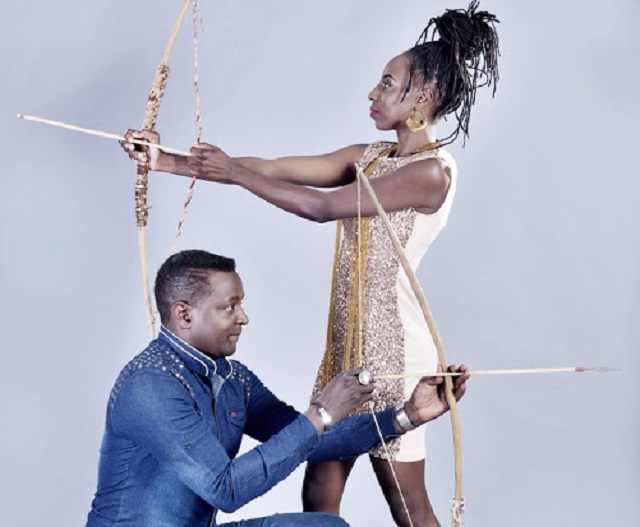 According to a statement from the singer, she has decided to fuse her sound with Sulumani Chimbetu’s Dendera in a track titled Tingwarire in order to appeal to a wider audience locally.

“Hope and Sulu are great artistes who’ve achieved a lot, award winners whose combination ushers in a new era into the Zimbabwe musical arena. This duet is not only amazing, but legendary to say the least. Real authentic music that’ll be recorded in the books of history,” read part of the statement.

“Tingwarire is about two lovers warning each other against dubious characters who pretend to be friends, yet they seek to destroy.”

The track which was released on Tuesday was produced by Clive Mono Mukundu at Monolio Studios in Harare and features mbira superstar Jacob Mafuleni and dendera rhythmist – Solo Makore who has stood the test of time.

Lucky, a member of Hope’s management said the collaboration was aimed at making sure the artiste who has toured half the world gets to endear herself with the bigger audiences.

“She has toured extensively, but she remains stuck in the upmarket. Of course the upmarket is an important audience, but the numbers that actually frequent gigs are in the ghetto so collaborating with artistes like Sulumani should help us get that audience,” he said.

Previously, Hope has fused mbira with hip hop in an EP with Zimbabwe Christian Hip Hop band the Monkey Nuts, mbira and scandinavian Jazz with the international trans-cultural band Monoswezi.

One of the best Nyunga nyunga players on the local scene, Hope says her creative ideas come from the heart.

Now she taps into dendera with the dendera captain Sulu. Chronicle

My open letter to TB Joshua about the Clinton prophecy

‘I won’t die in a foreign land’ – Legend singles out Sulu, Winky D