The Zimbabwe Prisons and Correctional Services (ZPCS) has moved 500 inmates at Whawha Maximum Prison Complex into holding cells at the same institution that were not affected by a hailstorm last week. 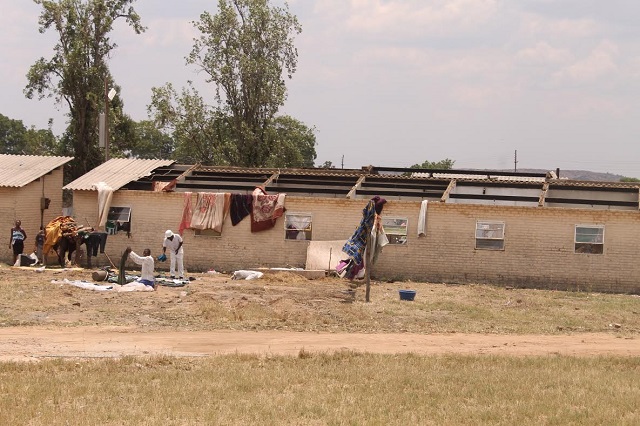 ZPCS public relations officer for Masvingo and the Midlands, Chief Prison Officer, Jere Ruzive, said while the situation was causing overcrowding in the cells, frantic efforts were being made to renovate the affected cells before moving the affected prisoners back.

Houses in surrounding areas were also destroyed amid indications that people lost food and goods running into thousands of dollars.

The chief prison officer dismissed reports of an outbreak of typhoid at Whawha Maximum Prison Complex saying they were now able to pump water after electricity was restored.

“We have moved the affected inmates to other holding cells. Electricity was restored and the water situation is back to normal and therefore any reports of an outbreak of water borne diseases such as typhoid are malicious,” he said.

Vegetable gardens at the prison that sustain 1 344 prisoners were also destroyed. About 500 inmates slept in the open with drenched blankets on Thursday night while 150 families of the prison guards sought shelter in houses that were not affected by the hail storm.

Khama back in Warriors squad