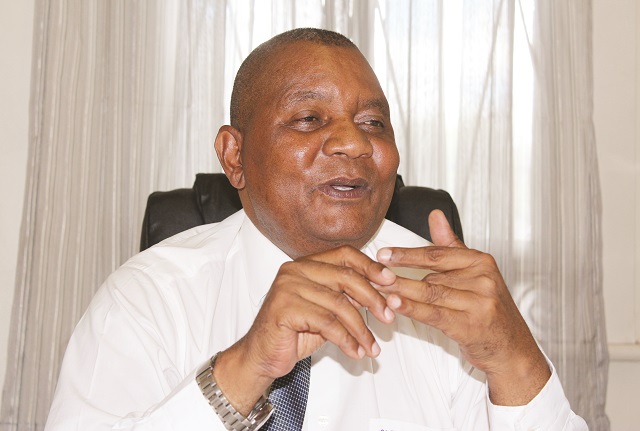 Zifa councillors last month made a bizarre resolution to relegate four teams in total disregard of a standing agreement to drop two at the end of the season.

A 2015 agreement resolved to drop two teams from the topflight and promotional play-offs involving winners of Zifa’s four regional leagues were to be held to determine the two teams to fill up the PSL slots for the 2017 season.

With almost all the four regional First Division leagues about to end, Zifa is yet to come up with a clear position, which Pamire feels is also a threat to sponsorship.

“That relegation and promotion issue must have been dealt with urgency because it’s not only bringing confusion, but also threatening sponsorship. By sponsorship, I mean the topflight league sponsorship and even those who finance the clubs that are either looking at winning promotion or those that have suddenly been told they’re facing relegation.

“Chiyangwa should resolve this matter so that clubs know how to plan before the season ends. Everyone wants to know what direction our football is taking,” said Pamire.

The veteran administrator said people are astonished that the councillors were offended by a “mere” letter written by the PSL, which had also committed to organising the play-offs at its own expense.

Pamire didn’t mince his words when he questioned the calibre of councillors, whom he said were seemingly driven by greed.

“I don’t care what they say, but to me it’s all a matter of greed. One time they agree to play-offs, maybe thinking they’ll get something and once they discover that the money will be paid to service providers, they make a sudden U-turn,” said Pamire.

“Can we trust people who don’t abide by governance principles such that a mere letter can cloud their judgment? These are the same people who decided to go against a resolution they made within a year and want to change goalposts during the competition which is against the principles of fair play.

“As the president of Zifa, Chiyangwa should come up with a decision that is in the best interest of the game,” Pamire said.

Zifa communications manager Xolisani Gwesela said Chiyangwa is handling the matter and a decision would be made in due course.

“No decision has been made on the issue you’re asking about. You will be advised in due course on the progress. The matter is being dealt with by the president (Chiyangwa),” Gwesela said.

“That’s a national matter. That decision (to relegate four and promote four) made by the national assembly stands and can’t be changed unless something drastic happens. No individual can reverse an assembly resolution,” Mandaza said.

Speaking in his personal capacity, Sports and Recreation Commission’s (SRC) acting director-general Joseph Muchechetere said: “If it so happened that they resolved to change the goalposts with two games to go, then that’s not sportsmanship. What I know is that rules and regulations of any competition are communicated at the beginning of the competition and if they’re to change, due notice should be given. Through the system communicated, a special general meeting is called to discuss matters that might have arisen during the course of the competition. That’s how sports management and sports governance should be.” Chronicle