Harare’s dire water crisis has led to the emergence of unscrupulous merchants who are making a killing off selling the precious liquid to desperate residents in the capital’s poor townships. 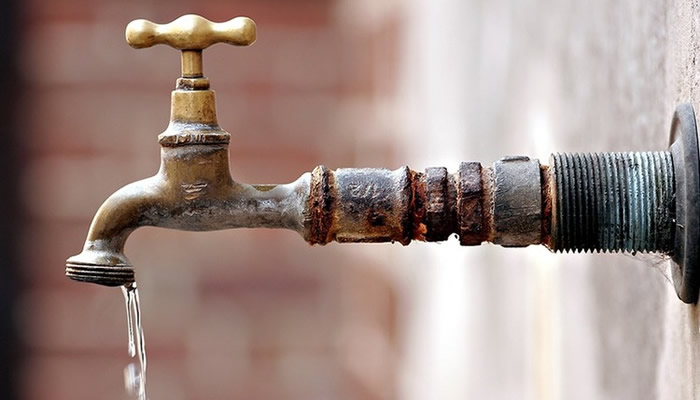 This comes as water levels at the country’s major dams have receded to precarious levels with Zimbabwe’s largest dam, Kariba, said to be at just 9 percent of its capacity.

Zimbabwe’s overall dams are at 42 percent of their capacity.

In Harare, the water situation is so dire that the city has introduced water rationing amid revelations that it is left with four months’ supply of the precious liquid.

Unemployed youths have capitalised on the water woes in stricken townships such as Mabvuku where they “hoard” water at boreholes for resale to desperate residents at $1 per 20 litre container.

They bulldoze their way in the long and winding queues of residents fetching water and fill their containers before slapping a charge on the desperate people who fail to gain access to the boreholes. So brisk is their business that residents said the youths were running huge stocks of water at their homes.

One Mabvuku resident,  Elina Gutu told the Daily News that there is a gang of young men that always arrive at the borehole with cartloads of empty containers only to skip the long queues.

Another resident Phanuel Mbiri said area D and old Mabvuku can go for two months without any municipal tap water.

“The boreholes have become easy prey for these ‘waterprenuers’ so women and children now go to places such as churches, pre-schools and private colleges to fetch water.

“At some places, the boreholes use solar pumps so if it is cloudy, access to water becomes even more difficult,” said Mbiri.

Mabvuku councillor Munyaradzi Kufahakutizwi said waterpreneurs have taken advantage of the desperation of people to advance their own selfish needs.

“We will be having a meeting with the district officer to come up with a solution to the ‘waterpreneur’ problems.

“What I had earlier suggested was that an individual only fetches a maximum of four containers so that everyone accesses the water,” said Kufahakutizwi.

“Mabvuku and Tafara have always had water problems particularly areas that are on higher ground.

“When we last received municipal tap water it was after two months and that puts a strain on boreholes,” he said.

With Harare requiring a total of 800 megalitres a day to meet its full demand, the city is currently only able to pump 450 megalitres, prompting authorities to introduce water rations.

The water rationing measures come as the Harare City Council (HCC) is owed $513 million in unpaid rates and water bills by cash-strapped consumers, including businesses.

HCC announced at the beginning of October that the council had introduced water rationing because of the precarious supply from Lake Chivero Dam.

“The bowsers that we have should afford at least 20 litres to every individual in order for all the residents to benefit. Areas on higher ground may experience problems due to gradient,” he said. Daily News

FBI sitting on ‘explosive’ information regarding Donald Trump and Russia

Trial of ex-Kwekwe magistrate, Clerk of Court kicks off

Touts ‘hassle’ back at passport offices