Embattled People’s Democratic Party (PDP) leader, Tendai Biti has few options left to salvage his waning political fortunes which took a further knock these past two weeks when over a dozen senior party members ditched the young opposition party to join its competitors. 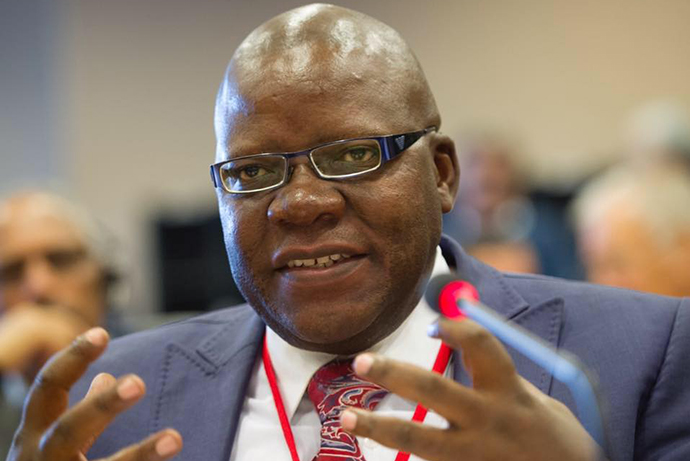 Analysts say Biti should be quick to find solutions – however narrow – to respond to a crisis fast unfolding in his eyes or risks being thrown into the political dustbin of the country’s opposition history.

Biti suffered a major political blow this week when two other senior members of PDP quit his party to rejoin Morgan Tsvangirai’s and his MDC-T.

There is general consensus among Biti critics is that the defections from PDP are a huge PR setback for the fledgling opposition party which is still trying to brand itself as a suitable alternative to the MDC-T among Zimbabweans.

Party politicians were still trying to navigate the rough terrain outside the mainstream MDC-T which they abandoned in 2014.

What makes the defections too damaging is that it is high ranking party officials jumping ship, itself a major drawback to the party’s confidence building thrust.

Biti is seen having limited options to remain a political force in opposition after the latest defections amid speculation more could soon be crossing the floor to MDC-T or Mujuru’s party, critics say.

The former MDC-T secretary general and lawyer won admiration from across the political devide for his razor sharp intellect and the gift of the garb.

In addition, he had an illustrious tenure as the finance minister in the inclusive government between 2009 and 2013 while being credited for the relative economic stability during the time.

When Biti led the breakaway by a handful party politicians from the MDC-T April 2014, critics maintained he showed lack of political maturity and foresight, charges he vehemently denies.

Reward Mushayabasa, a former journalist lecturer and political analyst based in the United Kingdom, says while there is no doubt that the man has the gravitas like the late Zanu PF stalwart Edison Zvobgo, he now needs to swallow his pride and rejoin his MDC-T colleagues in the so-called big tent if he wants to remain relevant in Zimbabwe’s political landscape.

“Anything else, Biti risks consigning himself to the political scrapheap where he will join other political paper tigers such as Dr Simba Makoni, Professor Heneri Dzinotyiweyi, Professor Welshman Ncube and Dr Dumiso Dabengwa,” said Mushayabasa.

“Most people could not understand how he could form a party without a firm political base and ideology. In the end, the party became something akin to a protest movement. This was Biti’s biggest political blunder.”

Ricky Mukonza, who teaches public management at the Tshwane University of Technology in South Africa, added his voice on what is perceived as Biti’s dilemma ahead of the crunch 2018 elections.

Mukonza said in terms of options, Biti and the other remaining party members find themselves between a rock and hard surface.

He suggested that the first option is that they can join other bigger opposition parties such as MDC-T or ZimPF.

But this option is however not without challenges.

For example, Mukonza said, will the leaders of PDP accept being ordinary members in the parties they are going to join?

In the event that some horse-trading takes place the question is; what will be the reaction of leaders in the receiving party whose positions maybe under threat from the PDP officials?

According to Mukonza, another option for Biti was to try and preserve what is left in the party and soldier on.

But again, he said, this option is also with challenges as the confidence that has been affected by the defections of senior members of the party will take time to build and this means that the party may not be ready for the 2018 elections.

“In the event that there is going to be a coalition of opposition parties, the party now has low bargaining power and may not be as influential as it would have wanted. Lastly, a more realistic way forward for the party is that it starts building a party for the future with less known but capable men and women. It then positions itself as a party that provides quality solutions to problems that the country is facing,” he said. Radio VOP