Houston gunman shot dead after opening fire at US mall 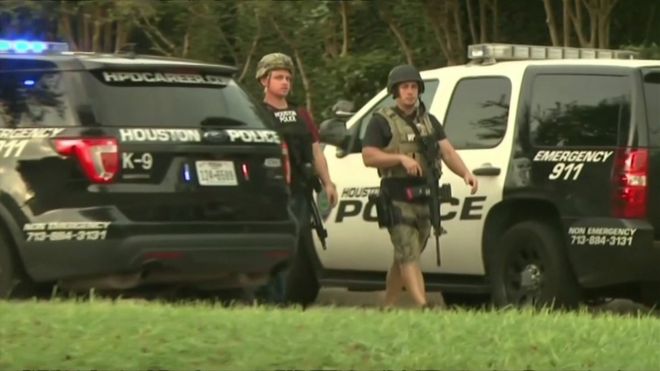 Nine people have been injured in a shooting at a shopping centre in Houston in the US state of Texas, one of them critically.

The suspect was shot dead by police, who say they believe he may have been a lawyer.

Police said they did not think any other people were involved in the shooting.

Police says they are also investigating the gunman’s apartment and his motive.

Home Affairs fires and suspends staff over sale of SA…

“Suspect reportedly a lawyer. Investigation to determine if issues at his firm led to shooting,” Houston Police said on its Twitter account.

It said said one of his victims is in a critical condition and five others are being treated in hospital. Three more have been discharged from hospital.

Residents have been advised to avoid the area for the time being.

“At this time, the shooting scene is believed to be contained,” the city of Houston said on its emergency page.

The shooting comes three days after a shooting at a shopping mall in Washington state, in which five people were killed.

The gunman in that attack, Arcan Cetin, 20, was born in Turkey and is a legal US permanent resident, officials say.

The FBI have said there was no evidence that the shooting there was linked to terrorism.

Nine days ago, a 20-year-old man stabbed 10 people at a Minnesota shopping centre before being shot dead by an off-duty police officer. BBC News

Belgium’s Trail of Colonial Injustice: From the plight of the Metis, Lumumba’s tooth…