Controversial South African clergyman Paseka Motsoeneng popularly, known as Pastor Mboro, has defended himself against the backlash he received following the purchasing of his new BMW i8, saying it was a reward from God. 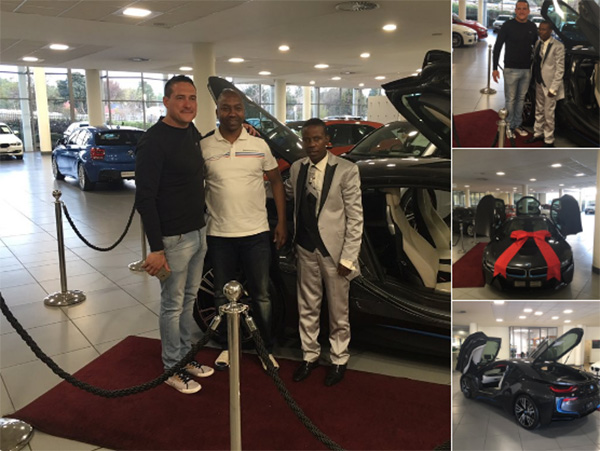 According to media reports, soon after Mboro flaunted his flashy BMW i8, which retails in the country for about R2 million, eyebrows were raised and Twitter users took to the social media platform to lambaste the pastor, with some labelling him a “false prophet.”

However In response to the attacks, Mboro explained that his latest splurge is one of the ways in which God had changed his life after having embarked on an 8-week journey dubbed the ‘ Incredible 8 Weeks, where he apparently prayed for God to transform people’s lives, including his own.

“People don’t understand how I am able to afford a BMW and its funny because we had the Incredible 8 Weeks, and during that time I said that God was going to change my life,” he said during his radio show on Ekurhuleni’s Kasie FM.

The pastor went on to explain that God had rewarded him for all the work he does for the poor, referring  to an incident in which he claimed to have paid over R80 000 towards funeral costs for a boy belonging to the Congress of South African Students (COSAS) who recently died.

“The Bible says those who take care of the poor, will be lifted up by Jesus. I’ve been helping the poor. God is rewarding me, with an i8,” he said. Nehanda Radio