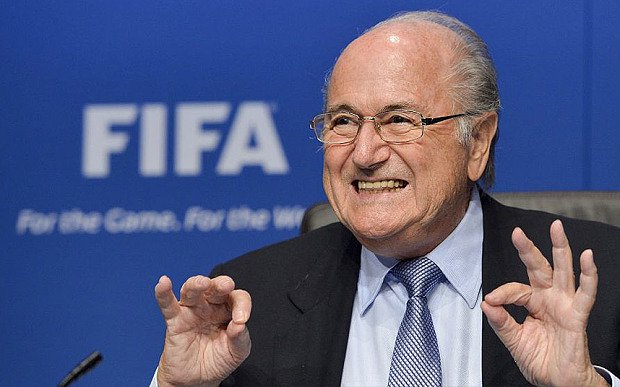 The attorney general’s office said he was suspected of criminal mismanagement or misappropriation over a TV rights deal and of a “disloyal payment” to European football chief Michel Platini.

Mr Blatter was being questioned, and his office was searched, it added.

Fifa said it was co-operating with the investigation.

Mr Blatter, 79, has run Fifa since 1998 and has always denied any wrongdoing.

For his part, Mr Platini issued a statement on Friday evening, saying the money he received from Mr Blatter “relates to work which I carried out under a contract with Fifa” and he had clarified matters with the authorities.

“Swiss criminal proceedings against the president of Fifa, Mr Joseph Blatter, have been opened… on suspicion of criminal mismanagement… and – alternatively – misappropriation,” it said.

It said the payment was “at the expense of Fifa, which was allegedly made for work performed between January 1999 and June 2002”.

Mr Blatter is due to step down in February and Mr Platini is widely expected to replace him.

In May, Swiss authorities arrested seven Fifa officials in Zurich at the request of the US. They face extradition.

The US then unveiled indictments against seven other people in their corruption case, nine of whom are high-ranking officials.

The Swiss opened their own investigation into Fifa hours after the initial arrests.

Fifa owns the TV rights to the World Cup and sells them to regional federations which then sell them on to broadcasters.

Mr Blatter’s lawyer, Richard Cullen, said he was confident the inquiry would clear Mr Blatter of any wrongdoing regarding the contract with Jack Warner.

“We are confident that when the Swiss authorities have a chance to review the documents and the evidence, they will see that the contract was properly prepared and negotiated by the appropriate staff members of Fifa who were routinely responsible for such contracts, and certainly no mismanagement occurred,” he said. BBC

I want to work with Mujuru – Tsvangirai