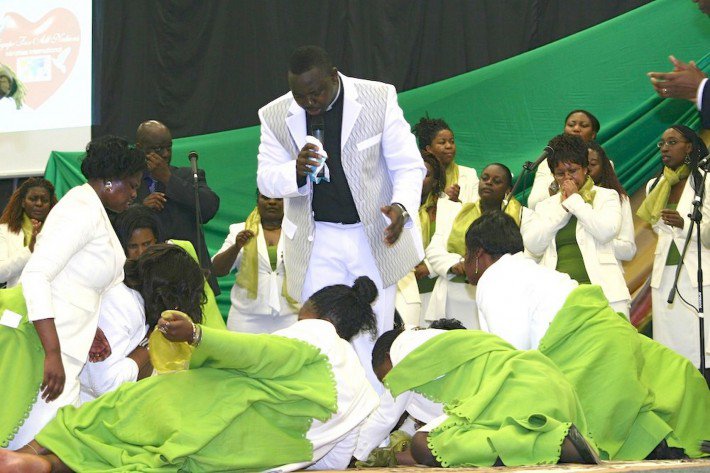 Agape for All Nations Ministries International announced today that an independent review uncovered no evidence of irregularities.

Whistleblowers had contacted the Office of the Scottish Charities Regulator (OSCR) to complain about the Stirling-based church’s finances.

The Record revealed in April that it had made £3.3million in four years while Zimbabwe-born Masocha was at the helm.

The pastor, who was worshiped by members as a ‘Prophet’, was convicted of sexually assaulting members of his congregation.

Former cult members had told the Record that Masocha often pressurised them into handing over donations known as “love offerings”.

But the OSCR has ruled that there was no wrongdoing, Agape said today.

An Agape spokesman said: “Some very serious but malicious and baseless allegations were made about the church and the use of funds for charitable works.

“We were delighted to assist the OSCR investigation team and cooperated fully as they carried out a very detailed inquiry into all aspects of the finances.

“We have now received written confirmation which states that the financial processes and procedures are ‘comprehensive’ and that they have no recommendations to make on our financial matters.”

The OSCR inquiry looked at claims of “financial impropriety”, including a claim that Masocha, who was fired after his conviction, used church funds to buy his current home.

But a spokesman said the church was “the victim of vindictive, false and damaging claims which have no basis in fact”.

He added: “All funds are scrupulously managed and the accounts are subjected to an annual independent audit and are then submitted for scrutiny to OSCR.

“There have been no concerns over financial malpractice raised by either the auditors or OSCR in the past.”

The church said Masocha and wife Judith had bought their home with their own money in 2009 and were still paying a mortgage.

Masocha was sentenced to 250 hours of community work and put on the sex offenders’ register in June.

His crimes included putting his hand down the trousers of a schoolgirl saying he was trying to remove demons.

The OSCR has been contacted for comment. Scottish Daily Record