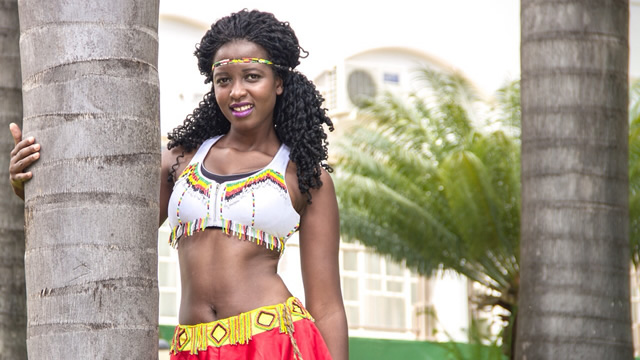 I started modelling when I was in high school but I started taking it seriously when I finish A level at Marondera High School. I did my O level at St David’s Girls High School Bonda.

I am 183cm tall and dark in complexion. In 2011 thats when I won my first title Face of Chitungwiza. In 2012 I won Miss Southern Africa-Zimbabwe as well as Miss Personality.

I was also Face Of Zimbabwe Finalist that same year. In 2013 I won Miss Harare. In 2014 I competed in the Miss Zimbabwe Pageant and I made it into the top 8.

I received an award from the Philanthropic Institute of Zimbabwe in 2014 for the charity work I had done with Mbuya Nehanda Children’s home.

I hope to go back to the Miss Zimbabwe pageant in 2016 and try again. This year 2015 I’m departing on 13 May to Beirut in Lebanon for the World Next Top Model Competition 2015. The final show is on 6 June it will be broadcasted live on MTV (Lebanon).

I thank Mrs Mary Chiwenga for the grooming lessons and tips she gave us during the Miss Zimbabwe Pageant as I’m going to use them in Lebanon.

To have your profile and pictures published on Nehanda Beauty just email: [email protected]