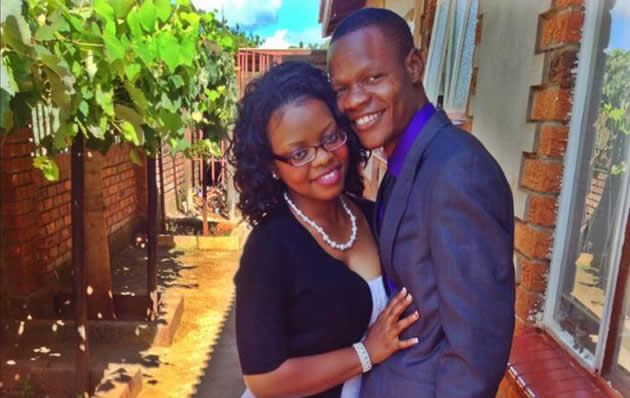 Marital problems between Zimpraise Choir Keyboardist LIoyd Tevedzayi and his wife Ruth Chari based in the US spilled into the public after the former announced the cancellation of their white wedding that had been scheduled for December on his Facebook Page.

The two got married this year in June and they were supposed to have a white wedding in December.

“I am no longer with Ruth Chari the wedding is cancelled, I am sorry my fans,” he wrote.

Zimpraise aims to fill up NSS

This did not go down well with Ruth who then commented on the post exposing LIoyd to be responsible for the cancellation of the wedding. She also revealed that LIoyd had paid very little money for her pride price.

“LIoyd Tevedzayi you need to tell your fans the truth, tell them how you never put any money to plan the wedding; me and my family planned the wedding.

“I can’t believe you will lie about something like this, your fans need to know what kind of man you are. You are not even a man…You can’t plan your wedding. “God doesn’t like people who don’t tell the truth and that is what you are doing right now you are not telling your fans the truth.

“You didn’t even pay a lot of money for lobola but I wasn’t looking for money I wanted you to act like a man and do your part but you are just a boy who doesn’t know how to be a man,” she said.

Meanwhile sources close to Ruth in the United States said LIoyd and Ruth’s relationship was affected by the long distance.

“I always knew that things were going to end up the way they hardly communicated because of the distance. LIoyd would only wait for Ruth to come to Zimbabwe and if she doesn’t they wouldn’t be together.

“From the way that LIoyd was treating Ruth I also suspected that he was not in love with Ruth but he only needed a permanent residence in USA where Ruth is based,” said the source.

Efforts to get a comment from LIoyd were fruitless as he is currently in the United Kingdom with Zimpraise choir while Ruth could not be reached as well. H Metro

Zimpraise aims to fill up NSS