Picture: Abandoned IDs that were used to rig the just ended election in Zimbabwe 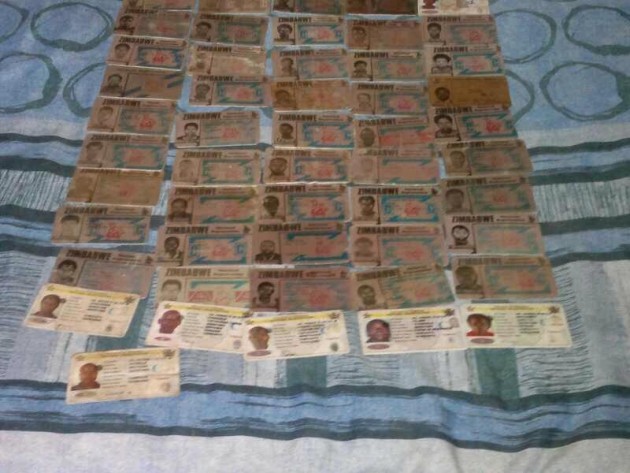 The ‘losing’ MDC-T candidate for Chegutu West Chalton Hwende says they are discovering abandoned IDs that were used to rig the just ended election. This is amid reports of the use of fake indelible ink which allowed multiple voting by Zanu PF supporters.

Hwende posted this picture of the abandoned IDs saying “85% of the IDs in this picture are dead people and a good number in the diaspora. What a Shame to (Jacob) Zuma for endorsing this Fraud.”

Already testimonies are beginning to come through. One person wrote “We don’t know how to approach MDC-T on this. Here in Bindura South, ie in Musana communal lands, Zanu PF promised us some $300 each as soon as after we vote.

“They gave us some fake voter registration certificates to vote for Matangira. We did that but now they are threatening us that if we tell anyone we are going to be killed. We are about 500 youths from Muchapondwa, Chiveso, Masembura and Chireka.

“As I’m typing this, I’m hiding in Chipadze Bindura. We are ready to shower Tsvangirai with evidence but tiri kutya. Toita sei? Each person vote twice on the election day. We still have the voter registration certificates.”