Pokello survives by a whisker 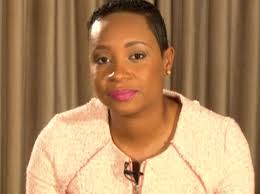 The Chase for the Big Brother Africa’s grand prize is fast coming to an end with Zimbabwean representative, Pokello Nare playing the game well despite other housemates baying for her blood.

Pokello narrowly survived the chop on Sunday slightly ahead of Malawian’s Natasha who saw the exit door together with Ghana’ Selly following the tie breaker rule that saved the Zimbabwean belle.

Pokello, Natasha and Zambian Cleo were tied with the same number of country votes as the trio were two country votes apiece, but Pokello and Cleo survived by a whisker.

The tie-breaker rule was applied and it stated that a housemate with the highest country percentage in votes wins.

This unfortunately caught up with Natasha, who amassed the lowest percentage and was sent packing along with Selly.

This is the sixth time Pokello has survived the chop.

The “Queen of Swag”, as Pokello is known, has proved her mettle as a strong contender in the House judging by the number of weeks she has been put up for eviction and survived.

From the look of things, the Zimbabwean fashionista and entrepreneur is sitting on the edge.

Meanwhile, ex-BBA contestant Hakeem has pledged his support for “Team Pokello” in their campaign.

“Zwagga is in the building, thank you all for your support during my time in the BBA house. Now that I’m out as Zimbabweans it’s time to rally behind our only representative Pokello.

“No bad blood between me and her, it is just a game at the end of the day. Bring the moolah hommie!” said Hakeem.

Hakeem was welcomed by loud cheers as he was making his way into the full house along with his sidekick Itai.

The live eviction show hosted by Star FM left multitudes of people asking for more. On the turntables were the super DJs who dazzled fans. Herald