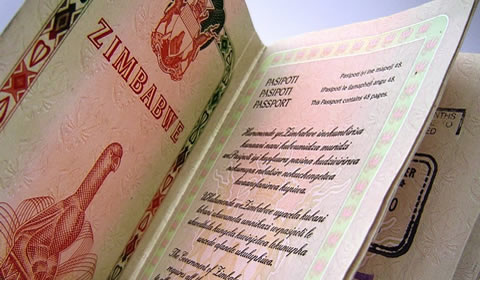 Following complaints raised by colleague ministers and responses proffered by the office of the Registrar General, it was clear that there is need for the ministers of Home Affairs to come up with clear policy guidelines.

It is important to state from the outset that issues raised by Cabinet are not new. It is surprising that complaints reach a crescendo towards elections for obvious reasons.

The main issues raised included among others;

Zec goes after whistleblowers after being exposed by Team…

3. Length of queues at the Registrar’s offices,

7. Registration of women who are removed from their areas of birth by marriage,

8. Registration of persons in their new places of residence,

9. Registration of aliens on the voters’ roll,

10. Attitude displayed by staff towards the public,

Today, the 23rd of April, Cabinet has agreed on the following:

• Babies born at clinics should be availed with birth certificates immediately.

• Babies born at home should be issued birth certificates as soon as practically possible at the nearest office of the registrar.

• Where loss of the birth certificate is as a result of burning down of the homestead, theft or deliberate acts of disenfranchisement, a person will have these replaced free of charge because the causes of loss are beyond the control of the individual, and therefore the persons cannot suffer double jeopardy. Confirmation of the loss is by way of police records of local leadership.

• Those who misplace their documents should have these replaced at cost.

• Identity documents lost as a result of regular misplacement shall be replaced at cost and shall not exceed $5.

• Documents lost through arson, or forcible removal from owner in order to disenfranchise shall be replaced free of charge.

• Further, prior to the harmonised elections of 2013, all identity documents shall be availed to citizens, free of charge, for a period up to the closing of the roll. At the same time, those who are not on the voters’ roll can be automatically entered on it.

3. Length of queues at the Office of the Registrar

• A structure be put in place at the main entrance of the Registrar’s offices. There shall be a commissioner there who will direct the public to the offices that they wish to visit.

• This way, long queues seen by passer-by that have individuals wanting different services as well as those visiting other ministries will be a thing of the past.

• This arrangement will eliminate touts who give numbers to people in the queues for a fee.

• Passport forms that are downloaded from the Registrar’s website, shall be accepted by the office of the registrar with immediate effect.

• Officers that refuse to accept these forms must be reported to their superiors.

There has been a general complaint that only passports priced at $300 were being processed, and none at $50.

• With immediate effect, there shall be two separate windows for passport applications, one for urgent passports and another for ordinary passports.

• The ordinary passport shall be issued no later than four weeks from the date of submission.

• With immediate effect the voters’ roll should be issued in an electronic format to stakeholders.

• If required in printed form, the voters’ roll should be pegged at $5 000 per copy.

• Women voters who find themselves removed from their original birthplaces will be registered in their new places of residence upon authentication by husband, husband’s relatives, their own children, neighbours, elderly people and or traditional leaders. Their identity details can be located on the Registrar’s system by giving details of origin.

8. Registration of voters in new constituencies

With immediate effect, all voters should be facilitated to change their address once, from their old to their new residential addresses. No one should be required to travel to their old places of residence to effect this change.

9. Registration of aliens on the voters’ roll

• The current law allows aliens to register as voters right away. If one is born in Zimbabwe, or if either parent is Zimbabwean, they automatically are Zimbabwean.

• Aliens with alien IDs but who qualify as voters must have these swapped for citizen IDs.

• The registration slips that they are given now, will be presented together with IDs for voting purposes, even if their names do not appear on the final voters’ roll.

10. Attitude displayed by the Registrar General’s staff towards the public

The issue of touts is dealt with by having a facility at the entrance where people are told where to go to have their issues addressed. A concerted effort to have staff trained in public etiquette is going to be organised by the ministry and the office of the RG.

In the meantime, staff will be reminded to apply the African Ubuntu towards the public, who are after all their masters.

Zec goes after whistleblowers after being exposed by Team Pachedu