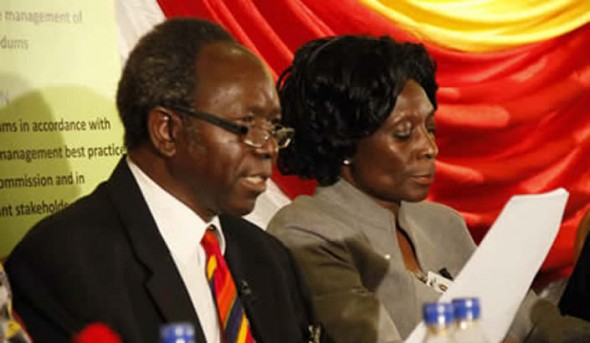 The Zimbabwe Electoral Commission (ZEC) Election Officer Lovemore Sekeramayi has announced the following as the results for Saturday’s referendum on a new constitution.

The document, which will limit future presidents to two five-year terms, was backed by more than three million votes – nearly 95% of those who voted. It was supported by the countries’ two main political parties who have been in a power-sharing government since 2009.

The official turnout of 3,317,695, which is well more than half the 5,6 million eligible voters, was higher than many analysts had expected. The constitution’s approval paves the way for elections later in the year.

The new constitution sets a maximum of two five-year terms for the president. However, the limit will not apply retroactively, so Mugabe, 89, and in power since independence from Britain in 1980, could rule for the next decade.

Presidential decrees will also require majority backing in the cabinet, and declaring emergency rule or dissolving parliament will need the approval of two-thirds of lawmakers, changes that will take effect after the next election.

A new constitution and a referendum were conditions of a 2008 power-sharing deal between Mugabe’s Zanu PF and the two rival MDC factions led by Morgan Tsvangirai and Welshman Ncube.

Thomas Mapfumo opens up in interview

Friends at referendum, enemies after