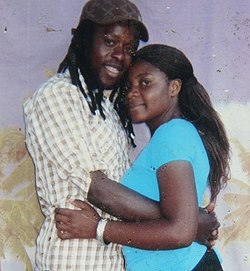 CHITUNGWIZA – The 17 year-old widow of the late traditional healer, who died in the mysterious Zengeza blast, says she will not rush to get married before the spirit mediums give her permission.

Liliosa Punduma said that as someone who grew up in a family that follows traditions, she will not rush into marriage. “I strongly believe that Speakmore was well used by almost eight spirits that worked with him for healing and prophecy,” said Liliosa.

“I had begun to understand him and how he conducted his spiritual powers that the people who gathered in Chiweshe for his burial gave a great testimony. I am going to remain single until the spirit mediums speak to me for a way forward.

“As of now I will concentrate on my education. He would eat raw eggs and me, he is still alive,” she said.

Liliosa believes that her husband could have survived the ‘lighting’ that struck their house had he received quick attention.

“Dai vakamudhonza rurimi airarama because he was involved in a situation where he was not supposed to be killed,” said Liliosa.

“People were enveloped with fear and also the ambulance delayed to take us to hospital. If he comes back I have no problem receiving him as my husband after all the reports that he died because I strongly believe in spirit mediums,” she added.

Through the Wire: Why Didymus Mutasa must be arrested ‘yesterday’

Another blast kills 3 in Mt Hampden