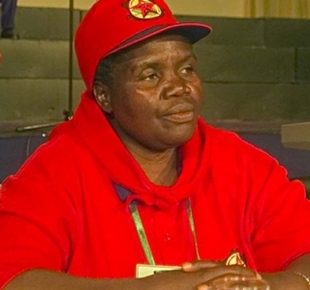 CIVIL servants will get a 5,3 percent inflation-related salary increment this month, Public Service Minister Lucia Matibenga, has said. She said the increment would be backdated to January.

Finance Minister Tendai Biti, presenting the 2013 National Budget last year, promised the workers an inflation-related salary increment in January. The increment is, however, unlikely to pacify civil servants because their salaries will remain way below the poverty datum line.

The least-paid Government worker gets US$296 against the poverty datum line which is close to US$600. But, members of the uniformed forces received their salaries this week without any adjustments. Minister Matibenga said the increment would be effected to most workers beginning this month.

I want to be clear, we are not US dollarising: Mthuli Ncube…

Chamisa pledges to give dignity to all civil servants if…

“I can tell you that civil servants will get a 5,3 percent increment on their salaries, as promised in the budget, at the end of this month. That money will be backdated to January as it is the month Government said the workers should start receiving an inflation-related increment.”

She said the fact that the increment had been factored in in the National Budget meant Treasury was obliged to pay.

“The Budget passed through Parliament and it became law and it means no one should break the law. The money might be delayed as was the case here, but Government has a duty to make sure that it respects the laws of the country. The Constitution is very clear on what to do with people who break the law.”

Civil servants want the lowest-paid worker to get a salary that is in line with the PDL. Minister Matibenga said it was the duty of the employer, the Public Service Commission, to see how the increment would be parcelled out.

“In terms of whether the increment would go to allowances or the basic salary, the PSC as the employer, knows how that will be done and in most cases this is agreed at salary negotiations between Government negotiators and workers representatives.”

Minister Matibenga urged civil servants unions to put their house in order for them to get updates on their salaries and working conditions.

“There is a structure that should be followed whenever the issue of negotiations is mentioned. It does not help if the workers rush to the media without negotiating with the employer and in most cases they go there with misleading information.”

Minister Biti has indicated that the 5,5 percent inflation-related increment would push the civil service wage bill to US$2,6 billion, including grant-aided institutions. This is about 68 percent of the total expenditure. Last year’s wage bill stood at US$1,4 billion.

There has been no meaningful salary negotiations for the past 12 months because of disagreements among civil servants’ unions.

Government has maintained that it was difficult to update civil servants on salaries and conditions of service because there was no one legally representing them, a move civil servants described as “hiding behind a finger”.

The term of office for the Apex Council, a body that represents civil servants in salary negotiations with Government, expired in February last year. Since then, the body has failed to reconstitute itself because of squabbles.

The council tried to persuade Government to give the old Apex Council committee a three-month mandate for the sake of negotiations, but the employer said the idea was unacceptable because it was against the dictates of the Public Service Act.

Zimta President Mrs Tendai Chikowore led the previous committee. The workers have been agitating for a salary increase in the past years without success. Minister Biti has reportedly told them that Government was broke and salaries would be improved if revenue inflows increased.

In January last year, civil servants went on a five-day strike that resulted in the disruption of work in the public service. The strike was called off after Government announced that it had reviewed civil servants’ housing and transport allowances, while the basic salary remained unchanged.

I want to be clear, we are not US dollarising: Mthuli Ncube vows