OpinionPoliticsStatements
By Nehanda Radio On Jan 18, 2013 173 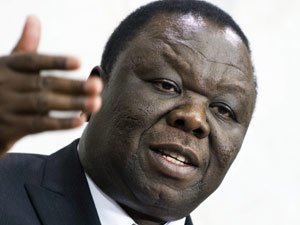 This is, without doubt, a defining moment in our nation’s political, social and economic trajectory. The journey that we have traveled up to this critical point has been long and arduous.

Indeed, there were occasions when it seemed there was no light at the end of the proverbial tunnel. However, true to their nature, the people of Zimbabwe demonstrated grit, determination and will power to create this landmark moment in the country’s history.

The process has been highly demanding. The nation’s collective patience has been severely tested. However, the people of Zimbabwe refused to entertain the idea of failure. We are a nation of courageous fighters and we have demonstrated our capacity for resilience and endurance, fueled by an intrinsic desire to change our circumstances for the better.

Through the constitution, the people identify and ring-fence their cherished fundamental rights and freedoms, which they demand to be guarded jealously.

They also define the political institutions and the manner in which they relate in the exercise of state power. The running thread in this relationship is the separation of powers and a system of checks and balances to ensure transparency, accountability and responsible government. The people of Zimbabwe have, therefore, created a document that responds to their demands for transparency, accountability and good governance.

Nevertheless, as we look ahead, the true test lies in the implementation of the constitution. We can have the most beautifully worded constitution in the world but unless there is serious commitment to implement and uphold its basic tenets and values, we will have achieved nothing.

It is important, therefore, as we move forward, that we embrace the spirit of constitutionalism. This means that we must remain faithful to the principles and values of the new constitution.

We must uphold the provisions of this constitution even if the outcome does not favour those who hold the reins of power. In short, government must be guided by and uphold the Rule of Law; that the law is supreme and better still, that the principles and values that underpin the law are even more supreme.

The political institutions that we are creating, bound by the principles of transparency and accountability, will ultimately impact positively on the social and economic institutions. Therefore, in creating this constitution, we have chosen the prosperity route over the poverty route.

I must pay homage to the generation of liberation fighters who led the way in establishing a constitutional order that delivered independence to the nation in 1980. The achievement at Lancaster House must never be underestimated because it remains a landmark moment in the history of this nation. We will forever be indebted to the sacrifices that were made to achieve that key moment.

But we all recognised that the Lancaster House constitution was not a home-grown document and that it failed to answer the critical questions for the majority of the people. Although we tried, over the years, to reform the Lancaster House Constitution, the result was a patchwork that was unpleasant to the eye. It is this unpleasantness drove the clamour for a new, home-grown and people-driven constitutional dispensation.

With the previous generation having delivered the Lancaster House constitution in 1980 and brought independence, the challenge rested upon our shoulders to deliver a new, home-grown and people driven constitution that can usher democracy.

This, we are on the verge of achieving and this is largely because while we had our differences, we have kept our eyes on the bigger picture. There are those who will point to weaknesses. They may be tempted to dismiss the new constitution. It is democratic to allow them to do so.

However, we should collectively be mindful of the fact that what we have is a product of multiple and sometimes divergent views, all of which demanded accommodation. In such a scenario, it is near impossible to produce a document that pleases every single person in all its parts.

Naturally, there will be aspects that some people prefer but, on the other hand, those things might be stridently opposed by other people. We have learnt, during this journey, that constitution-making is not an easy and straightforward process, because people do not always sing a chorus of agreement on all issues. But we have worked hard to find each other; to accommodate each other and ultimately, to produce a document that is mutually agreeable. Should implementation alert us to any areas of improvement, we will attend to them. Even the brightest student in school is sometimes required to make corrections.

I would like to pay tribute to the people of Zimbabwe for their extraordinary patience and resilience. You know that in the democratic movement we have, from birth, always fought for a new constitution using peaceful and non-violent means.

What we have is a true testament of the fact that it is possible to achieve your goals without using violence but relying purely on peaceful means and the power of persuasion.

I would also like to thank the men and women who played key roles in the construction of this new constitution. The list is long but among them are the COPAC co-Chairpersons and their respective teams, who have worked tirelessly from the beginning of this process; the Management Committee, which played a key role in unlocking some of the contentious issues; the drafters and technical experts who worked under tremendous pressure.

I must thank COPAC staff, the real foot-soldiers during this process. I would like to pay tribute to staff and members of COPAC, who worked gallantly but did not live long enough to see the fruits of their work. Their work will never be forgotten.

If I have left anyone, it is by no means deliberate, but allow me, by way of insurance, to include everyone who played a part in this process.

I would also like to pay tribute to my fellow principals, whom I know have been patient, consistent with the spirit of the Zimbabwean people.

The principals have patiently guided their respective parties to navigate the most difficult parts of this journey, even when it appeared that collapse was imminent. Then, of course, there is a whole array of local and international partners who played a tremendous role in oiling the wheels of the constitution-making process. The UNDP and all those who contributed to its pot have demonstrated extraordinary friendship to the people of Zimbabwe.

Demonstrating good neighbourliness, they helped us to negotiate the Global Political Agreement (GPA) under whose terms this process has been conducted.

They have patiently and calmly helped us to navigate the murky waters of negotiation, reiterating, time and again, the need to ensure completion of the process.

I would like to pay tribute to the Facilitator, His Excellency President Zuma of South Africa, for demonstrating firm and impartial leadership in executing his mandate.

Now as we stand at this critical juncture, there is a legitimate expectation by the people of Zimbabwe and our SADC colleagues, that there will be a new constitution and that the next elections will be held in accordance with the terms and spirit of its provisions.

We must commit ourselves, therefore, to hold a free, fair and successful referendum and also, critically, to ensure the implementation of the new constitution once it is adopted as the supreme law of the land. We owe it to ourselves as a people, to our partners and indeed, to future generations.

Bennett attacks US hypocrisy on Nkomo