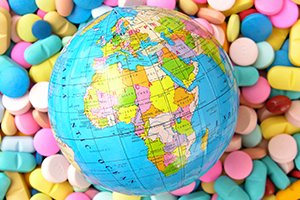 A Zimbabwean woman convicted of smuggling hard drugs in Hong Kong was spared the death sentence after she was thrown behind bars for seven-and-a-half years in that country. Asian countries impose death sen­tences for drug traffickers.

Regina Makwembere (40) was arrested in Hong Hong after being found in possession of amphetamine drugs in her luggage at the Hong Kong International Airport while en-route to Thailand in March this year.

Amphetamine is a psycho-stimulant drug that produces increased wakeful­ness and focus in association with decreased fatigue and appetite.

Scores test positive for Covid-19 on India flight to Hong…

Makwembere has been in jail since March and she claimed to be in dress­making business and had travelled to South Africa by bus around February 15. She stayed in a hotel in Johannes­burg before reportedly picking up the drugs from a South African woman only identified as Pearl.

Mr Mavodza said Pearl assisted Mak­wembere to smuggle the drugs through OR Tambo International Airport. The value of the contraband meant for Thailand was not disclosed. Fifteen other Zimbabwean women are doing time in Asian jails for hard drug-related offences. The Herald