Why Zimbabwe must re-introduce local currency 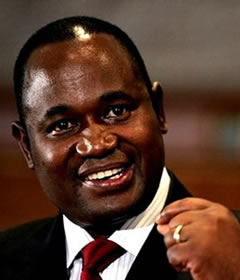 The topic is probably the last one that Zimbabweans want to hear about and justifiably so. With the Zimbabwean dollar in free fall, the usefulness of money for all its basic functions such as medium of exchange, unit of account and store of value disappeared.

The country’s currency ceased to be a store of value as people lost their life long savings over night under a hyper-inflationary environment which had spiralled out of control. In response, the Zimbabwean government adopted the US dollar and the South African Rand as official currencies.

Whilst evidence on the ground suggests the strategy has worked to some respectable degree thus far, questions still remain regarding the extent to which the country can continue to operate the economy under dollarization and multi-currency system.

In general, relying on another country’s currency is living dangerously as its messy. The economy of the adopting country is directly affected by the policies of the other country especially with regards to the performance of that country’s exchange rate.

In the event of any of the currencies adopted by Zimbabwe crashing, the country will be directly affected to the extent of all assets and cash holdings denominated in that currency.

Although such a scenario is not expected or anticipated to happen in the short term, the long term possibility cannot be completely written off especially with the South African Rand.

Whilst South Africa has been a reliable and stable regional currency patron over the years, the country is facing a myriad of social and economic pressures whose future ending circumstances are not known.

In order for dollarization to succeed over the long term, there must be permission and mutual understanding between Zimbabwe and the US and South Africa, allowing Zimbabwe to continue adopting the US dollar and the Rand as official currencies.

Although meaningful achievements have been witnessed especially with regards to price stabilisation and restoration of some level of confidence in the economy, the country is still experiencing acute shortages of US dollar and Rand currencies particularly in the rural areas.

In some places, people have resorted to batter trading using livestock such as chicken, goats and cattle. Circulating a strong currency such as the US dollar among the general populace of a poor country such as Zimbabwe is no easy task. The finance sector is bedevilled by acute liquidity related problems.

Efforts by the government to borrow from the private sector have not been successful whilst financial instruments floated onto the market did not find any takers. That has worsened the country’s fiscal problems since no government can successfully implement its policies without borrowing unless it has a strong balance sheet.

Where a country does not manage its own currency, investors are not keen on buying and supporting government debt, hence the central bank has found itself failing to sell its bond and treasury bill instruments.

Among other problems, export trade has continued to suffer. There is no business motivation for importers in Asia, Europe and other Western countries to buy goods from Zimbabwe unless they are cheaper or not available locally.

A well-managed local currency is a strategic tool which the country can use to influence trade with other countries. China and Japan are dominating international export trade primarily because of their product pricing which is partly influenced by the value of their local currencies.

Countries with stronger currencies therefore find it cheaper to buy from these countries particularly China. Zimbabwe has a very conducive manufacturing environment because of very low labour costs. The job market is characterised by high unemployment levels and therefore favourable to manufacturing.

However, that potential may never be realised unless foreign countries see an economic imperative to buy Zimbabwean goods, hence the need for the country to have its own currency. Whilst dollarization has helped by eliminating devaluation risk, the strategy has not worked in attracting the much needed global capital and investment.

But which currency should Zimbabwe re-introduce? Is it the same Zimbabwean dollar? That is the most challenging part. The Zimbabwean dollar is associated with a bad image and the bad experiences associated with the currency may be difficult to shake off.  It may be a good idea to introduce new currency with a different name. Abandoning the dollar symbol may not be a bad idea after all.

In order for the new currency to be respected on the foreign exchange market, the government should take careful and necessary steps needed to create confidence in the new currency system. A phased introduction starting with coins operating alongside the US and Rand currencies is the best strategy. Only lower coin denominations should be introduced first.

The strategy will help to avail money for small transactions such as transport and daily shopping, promoting low level commerce whilst at the same time thwarting the possibility of currency hoarding for speculative purposes.

A Fixed exchange rate regime works for stable economies which are not susceptible to foreign currency shortages. Efforts to create a fixed rate regime by any country with foreign currency shortages will most likely result in a parallel foreign exchange market. The initial floatation may however peg the new currency at par with the Rand. The economies of Zimbabwe and South Africa are inter-linked and the currencies are likely to have positive romance.

Another alternative is to join the Multilateral Monetary Area, formerly Common Monetary Area, which is currently composed of South Africa, Swaziland, Lesotho and Namibia. That way the Zimbabwean currency will be pegged at the same level as the Rand and other regional currencies. These countries’ economies are greatly interlinked and it makes great sense to trade with currencies which reflect their common social and economic backgrounds.

For that to happen, Zimbabwe must cooperate and comply with the requirements of the grouping, including all monetary policy frameworks especially with regard to quantitative easing and exchange rate management. However, the history of the central bank under the guidance of Dr Gideon Gono is one that is not encouraging.

Dr Gono, a seasoned banker who spent much of his career in the banking sector, has failed to steer the sector out of devastating monetary challenges. In fact, the governor is blamed for the country’s previous financial crisis attributed in part to reckless and irresponsible monetary policies under his governorship.

His monetary experiments which included continuous money printing among others went beyond prudent boundaries of economic management. If the country is to launch a new currency, the question is how will it be managed and by who? Common wisdom suggests the Central Bank needs restructuring especially with regards to its mandate and structure.

The operations of the Central Bank must be characterised by very little government influence. Because the governor is expected to be a highly technical individual, there is need to depoliticise the appointment of the governor by taking away that task from the President and pass responsibility to the board.

The government should however maintain its level of influence through the Finance Minister who must be given the responsibility of appointing the board. An ideal board must be composed of key stakeholders such as labour, industry and banks through various associations and other interest groups. In addition, the governor should not chair the board.

The current structure where the governor chairs the board creates a boss-subordinate relationship between him and the board, taking away the sense of responsibility and accountability. Global developments in the sphere of corporate governance have seen stakeholders increasingly questioning the wisdom of having chief executives doubling as board chairmen.

To achieve sustainable planning and undertake sound fiscal interventions, the Zimbabwean government needs various tools one of which is the country’s local currency. Financial instruments meant to ensure smooth operations of financial markets can only be introduced successfully if the country has its own currency. Without its own currency, the country will not realise meaningful economic growth and development.

Addmore Zhou is a business and real estate consultant.  He is a real estate graduate of Kingston University in London and an MBA Business Finance graduate of University of Liverpool Management School. His PhD research interest focuses on Real Estate Investment and Development in developing countries. He can be contacted on [email protected]

Diamond Production and Sales from Marange