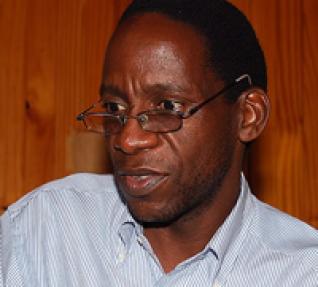 The National Constitutional Assembly (NCA) dismisses with the utmost contempt a press statement from the MDC-T’s Information Department attacking the NCA Chairperson Professor Lovemore Madhuku over comments attributed to him in the state controlled Sunday Mail newspaper dated 18 November 2012.

It is unfortunate that there are some in the MDC T who appear to be paid to get emotional and angry on behalf of their party president much to the detriment of their own misplaced political reason.

The statements attributed to Professor Madhuku are in no way a deviation from the values and principles of the NCA as they relate to the continuing struggle for a people driven constitution as opposed to the fallacy and national disaster that has been the political principals’ undemocratic COPAC process.

For the MDC-T to want to lecture the NCA and its leadership on constitutionalism is the height of political hypocrisy and a deliberate continual misleading of its supporters in order for its leaders to continue feeding at the ill-gotten trough of personalized political opportunism and naivety.

It is no longer a secret that the MDC-T deviated and compromised from the principles which laid the base of their formation as far as constitution making is concerned by shamelessly embracing Article 6 of the GPA.

The MDC founding manifesto in 1999, which was subsequently adopted by its inaugural congress on February 28 2000, states.. ‘’that the party rejects the current appointed constitutional commission under the Commission of Inquiry Act, and will facilitate the writing of a peoples constitution through a constitutional commission defined by and accountable to a conference of representatives of elected, civil and other social groups, after mass education on the constitution.

For the record we wish to ask the MDC on what exactly they are calling ‘positive’ developments in the draft when:-

· The COPAC Draft allows a very big government. There is no limit on the number of Cabinet ministers and deputy Ministers.

The president is allowed to appoint as many Ministers and Deputy Ministers as he/she wishes. The president can use the unlimited numbers of Cabinet positions for patronage, thereby wasting scarce resources on perks for politicians.

· The size of Parliament has been increased by 60 MPs from the current 210.

· Parliament is not given power to summon the President and ask him questions on the performance of the government.

· There are no term-limits for Parliament.

· The electoral system is not conducive to a multi-party democracy reflecting all political opinions in the country. The winner-take-all system has been retained.

· There is no right to vote for Zimbabweans in the diaspora.

· The Electoral Commission is not independent enough to run free and fair elections. For example, its chairperson is still appointed by the President.

· There is no devolution of state power to provinces.

Categorically, we wish to tell the MDC-T to stop fooling Zimbabweans to support this scandalous draft which they crafted together with ZANU PF so that they enjoy the same powers.

Instead, their focus should be in dealing with their internal problems which range from corruption, factionalism, waning popularity and not spending time attacking the NCA and its leadership for its principled stance on the drafting of a new charter for Zimbabwe.

The NCA re-affirms its position on the principle of a genuine people driven democratic constitution in our country.

We understand that the struggle for democracy is far from being completed and its intention to resolve the national, class and gender contradictions through social and economic emancipation of all Zimbabweans.

In all our actions, we are guided by the need to achieve a genuine democratic constitution and the Peoples Charter objectives, and will never compromise, nor over-exaggerate any component of the democratic struggle.

There is therefore nothing retrogressive in the observations of the NCA as this is located within the context of National Working Peoples Convention, the Peoples Charter and aimed at building a truly democratic Zimbabwe.

We have no business with the MDC whatsoever, as they are not part of NCA because of their chameleonic tendencies of being part of a bogus and illegitimate money spinning constitution making process.

The MDC-T must embrace the basic tenets of democracy and criticism is part of universally agreed principles of democracy. Those who fight to silence citizens voices like MDC-T must not worry themselves because their struggle was won long back by the dictatorship we are fighting.

We urge MDC-T to pay focus on critical governance issues that improves the life of ordinary Zimbabweans.

NO RETREAT, NO SURRENDER, NO FEAR UNTIL A DEMOCRATIC CONSTITUTION IS ACHIEVED..TAKE CHARGE AND COMPLETE THE CHANGE!!!!!!