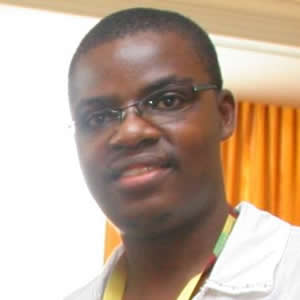 Analysis of the urban housing crisis in Zimbabwe

Zimbabweans, at least its political elite, seems to suffer deliberate amnesia as soon as the comforts of power settle in.

On the search for power, the corruptive mantra is that people matter and representatives are elected to give expression to the constructed will of the people, the voters.

This is so across the political divide – and no doubt in democracies, this is the benchmark on which political accountability is enforced. Not in Zimbabwe.

Operation Murambatsvina 2.0: Unlike Google, Zanu-PF is not…

That people do not quite matter, they have to be thought for and would not have the slightest clue about what lies in their best interests has been part of Zanu PF culture. A celebrated elite within this party has determined almost without contest the direction of the country and individual citizen: its political, economic and social relations.

We have learnt in its three decades rule that the our relations with government and its elites, both political and bureaucrats, are one were we as citizens have to meet our responsibilities and obligations to the state without any reciprocal benefit.

We are to pay our taxes and other ‘on-demand’ rents: the kombi driver and hwindi have to pay protection fees; a mother trying to irk a living from tomato sales at the street corner has to part with a share; those needing a passport can’t pass without one fee or the other; we now accept as trite to pay ‘toll-gates fees’ to drive through our roads without question of the double taxation after paying road taxes as part of our vehicle registration.

The chain is endless.

And yet we have all concluded that the state is virtually not obliged to reciprocate. Instead our interface with government is acceptably limited to its brute side. And this without question. Our politicians and, in many cases too, our bureaucrats, have lost every sense of political morality. This across the board. Including our organised civil society groups as it does our media.

For some of us who have deeply invested in Zimbabwe’s democratic struggle some of the emerging trends can be upsetting. The Daily News on Saturday carried a story highlighting the re-growth of ‘slums’ in Mbare as property owners start to rebuild ‘illegal’ structures on their properties.

The story is particularly unbalanced and fails to unlock some of the key fundamentals on how and why Mbare, if not all of urban Zimbabwe, has seen a rise in such ‘illegal’ property developments. The story quotes Harare’s deputy mayor, a man who sounds too absorbed in his air of self-importance.

‘We are a council that loves its city more than we love votes’, he is quoted, perhaps very forgetful that the landslide shift in voters almost wholesale 100% vote for the MDC in his council (as in other councils across the country) owes more to Zanu PF’s similar attitude towards urban voters in 2005.

Zanu PF’s love for the city more than votes led it to commission its Murambatsvina campaign which directly affected over 700 000 people directly and a further 2.4million people indirectly. The arguments today from the deputy mayor are strikingly the same as those used in 2005.

It removed any moral semblance to all its populist rhetoric about being the vanguard of Zimbabweans sovereignty. Even some of Zanu PF’s most ardent defenders could not defend that party anymore.

The urban housing crisis is a complex problem. It does not only affect Zimbabwe – its widespread and afflicts all of the developing world. And we have to disabuse ourselves of the notion that we can make knee-jerk policy interventions to address it.

A cursive look at the high-density suburb property ownership alone exposes an interesting dynamic which, itself alone, is cause for pause to our policy makers. Most properties in our townships are owned by retirees or those about to retire.

These are the same people whose retirement earnings were stripped by policy failures of the last three daces, in particular the economic collapse of the immediate last.

With the state, and in particular councils, incapable of addressing housing challenges that have seen backlogs in Harare nearing 1.5million on a waiting least, home-owners saw a market and a unique form of sustainable retirement earnings arrangement.

‘Boyskies’ were, as they are still being, built. They absorbed and addressed the housing challenge for our urban population growth whilst meeting the social security of our parents and elderly, for whom the state clearly has not interest in providing substantive retirement support.

Those more enterprising have responded to the decline in the formal industrial economy, and more-so, to a state and council that is practically brain dead on policy intervention, by setting up informal stores (tuckshops) and workshops (home industries).

These and the larger creative private economic enterprises that are not part of the colonial economic infrastructure are what generally constitutes the ‘informal’ economy. This, including the informal residential developments are what sustains a far majority of Zimbabwe’s population including rural economies as retirees retreat to rural homes and remit much of what they earn from urban housing to cushion their living in rural areas.

This is something Zimbabweans who remain glued to the masses are conscious of. Entrepreneurs such as Strive Masiyiwa have seen this and through his Ecocash, has structured a way of developing business models which intervene and address the peculiar needs in this sector.

The MDC, from whom the deputy mayor comes from, should place serious thought in the challenges of urban development. Instead of this man, whatever name and his politics are, sputtering gibberish, clear policies which are sensitive to the unique dynamics of Zimbabwe’s urban housing challenges have to be sort.

A clear differential is needed so Zimbabweans can have renewed hope in the promise that a change in government could represent. This stretches to all of us, including those at the leadership of our civic groups, in this case CHRA, whose attitude towards the sprouting of new housing developments is warped and disconnected from the realities of the extremes of state intervention of 2005.

The future of a democratic Zimbabwe can only be sustained by a new wave of thinking and idealism that seeks to make the state more compassionate and that would rather love its people more than it loves any abstract thing.

Our politicians, especially those from the side of politics that emerged from the national momentum against bad and brutal government must retreat back to the basic fundamental of democracy: that people matter.

And the same is true for our civic grouping as it is for our media, which sometimes fail to ask those who take the short road the hard questions. Our politics must remain with the people.

Why youth empowerment in Zimbabwe is a pipe dream

Operation Murambatsvina 2.0: Unlike Google, Zanu-PF is not Uber

The Rule of Law in Africa

On the subject of demolitions and planning in cities