Another raunchy dancer for Bulawayo 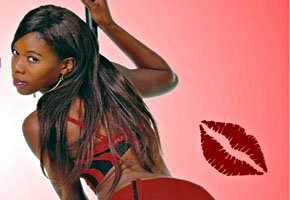 The celebrations, which are an annual event, will start with the official party today followed by the much anticipated performance of pole dancer and Bev mentor, Zoey, tomorrow.

Beverly, however, has been reported in the media as saying:“I was never trained by Zoey and all those claims are not true. Instead, I am better than her on stage.” The after party will be on Saturday with various DJs taking turns on the decks to entertain the crowd.

In an interview, Zoey said she would perform at the night spot and the raunchy dancer has promised lap dancing during her act.

Zoey said Bulawayo should brace itself for a variety of dances from her six-member, all female group, Red Angels. She said during the show free T-shirts with her name written on them would be given away to lucky revellers.

“We are promising Bulawayo a show that will blow them away. The Red Angels will dance to all types of music on offer and I will perform pole dancing . . . what I am good at. I will give away T-shirts written Zoe Butter,” said Zoey, a former dancer with Roki.

She said she had incorporated other dances such as table dancing and lap dancing into her act.

“During the act we will have lap dancing, chair dancing and table dancing. These dances are new and have not been seen, people will be entertained during the show. Part of my group will be three males who call themselves Wood Crankers who will entertain the crowd,” said Zoey.

Tonight, the club will hold a bash to celebrate 12 years on the Bulawayo club scene. The party will only be the cherry on top as the club has lined up events throughout the week to give revellers a chance to celebrate with it.

“People should look forward to our celebrations as we plan on painting the city red. We promise to provide entertainment like only Hustlers can. We would also like to take this opportunity to look forward to the future because we have not come this far by only being concerned about the now,” said Mzoe.

He said the club would be bringing in bigger and better entertainment in the coming months to solidify its position as the night spot of choice for the city’s revellers.

“We plan on bringing top entertainment to the city which I think will allow us to continue growing as a brand. We have lined up Zoey and The Red Angels for Friday while Sniper will also be with us for the Road to Fame finale next week,” said Mzoe.

He said today’s celebrations would be marked by performances from traditional dance group, Kwabatsha, while he, DJs Ray Jam, Fat Joe, Lazy T and Zetfactor would be on rotation throughout the night.

Responding to the question of how the club had managed to remain popular for the past 12 years, Mzoe said it was because the club managed to keep giving the club’s patrons top notch entertainment.

“As Hustlers we pride ourselves in giving our customers what they want and I invite people to come to our celebrations because we promise fireworks. These celebrations will be further illustration of how we have managed to keep pleasing the people that come to the club,” he said. The Chronicle

Why are Zimbabwe Warriors not serious?

Gweru woman confesses to being a witch