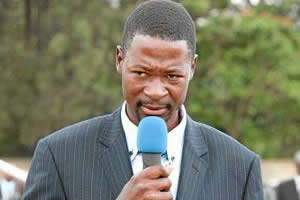 Churches have now realised that they cannot accomplish their two-fold mission of winning souls and shepherding sheep without money. Accordingly, there has been a radical shift of emphasis from mere collection and counting of offerings and tithes to owning and running businesses.

It is now very common for churches to have income-generating projects, business breakfasts and fund-raising dinners where business experts come and present business principles and strategies.

However, this message serves to warn those running businesses not to fall into the sins of violating God’s code of conduct in the business world assuming His lordship is limited to the social world only.

The current tithe a “hoax”

What to consider before requesting a refund of your church…

The Bible, especially the books of wisdom like Proverbs, has a lot say about the need to be fair, honest and faithful in business so that God can be glorified in everything.

Both employers and employees have duties clearly stipulated in the Scriptures which must be executed so the blessing of God can rest on the work of their hands. For instance some of the duties of employers include prompt payment of wages (Deut. 24:15), consideration of employees (Job 31:13, 14), refraining from threats (Ephesians 6:9) and just dealing with employees (Col. 4:1).

Any employer whether of a big company or of a housemaid or a gardener must know that though he/she is a master he has got his own Master above. And this Master of masters can overlook such faults like failure to give a raise on time or pay tithes on business income but there are sins he cannot overlook.

God is provoked to anger when an employer fraudulently withholds wages and salaries from employees.  There are some employers who live in luxury at the expense of employees’ wages. It is said in James 5:4, “Indeed, the wages of labourers who moved your fields, which you kept back by fraud, cry out; and the cries of the reapers have reached the ears of the Lord of Sabaoth.”

And God responds to this cry caused by injustice and oppression by permitting a curse to alight on such businesses. A curse is an anointing to fail. So no matter how much the employer will strategise or inject more capital into the business, it will fail.

The sin of selfishly delaying to pay wages when the money is available is harshly judged by the Lord of battles, the defender of the weak and poor. Proverbs 3:28 says, “Say not unto thy neighbour, Go, and come again, and tomorrow I will give; when thou hast it by thee.”

There are employers, who for selfish reasons, travel away at the time of paying wages without signing the pay cheque. Then there are others who get moody during the pay days, express dissatisfaction with every work done and threaten non-payment of wages. Jehovah El Roi will see all these delay tactics and allow a curse to destroy the business.

Deliberately failing to pay a living wage is a sin that God harshly punishes (Malachi 3:5). Dishonesty scales of much labour against underpayment provoke the holy God to anger. And the business that practices that will not last.

Businesses that exact service without wages especially unpaid overtime when they have the means will never fail to invite a curse that will bring it down. Jeremiah 22:3 warns, “Woe unto him that buildeth his house by unrighteousness…that useth neigbour’s service without wage and giveth not for his work.”

Cursed businesses suffer customer flight and repeated loss of money, property, goods, cars and other assets mysteriously. The curse will be reversed by fair payment of wages. We will look at the moral duties of employees later.

Blacks worse off now than during apartheid: Malema

The current tithe a “hoax”