Save Valley cannot feed pockets of one race 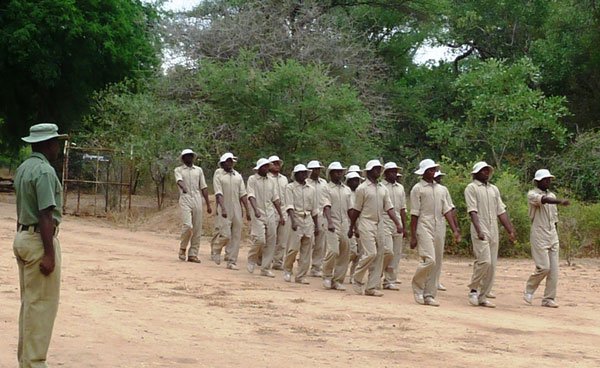 In the past two weeks or so, Save Valley Conservancy in Chiredzi, south of Masvingo, has hogged the limelight for all the wrong reasons, yet when one follows the hullabaloo with a trained ear, many people involved seem to miss the real points, facts and context.

It is critical to start with general historical facts about wildlife in Zimbabwe before going into the new era that has caused many heartaches, confusion and tongue lashing, even among Cabinet ministers.

First, Zimbabwe (then Rhodesia) had a wildlife policy that took a turn in 1975, through the National Parks and Wildlife Act. The 1975 Act took away all the wildlife from the indigenous people and redistributed it between the State and the white farmers.

The white farmers then started having private wildlife conservancies but were keeping wildlife on behalf of the State, which allocated them hunting quotas for harvesting. The Act deprived the majority blacks of wildlife by classifying them as poachers after meat, and classified whites as conservationists and professional hunters.

This was based on the belief that blacks only needed meat while the whites needed the precious trophy as in ivory, horns and hides. Blacks protested.

Rhodesia then made another proclamation called the Windfall, which meant that blacks from the communities surrounding the conservancies would occasionally, get a “windfall” of meat when an elephant was shot and killed during the whiteman’s professional hunting.

The whites took away the precious ivory and sold it in markets in Europe and Asia for thousands of dollars while blacks shared the meat. The local chief was given the elephant trunk as a sign of respect. Compare the pieces of meat given to each family with the US$20 000 hunting price for an elephant.

It should be noted that the majority of Zimbabweans do not generally eat elephant meat but only taste it when it is available. Elephant meat has never been part of the menu of Africans.

Game meat from buffalo and other large plains game, which has historically been part of the main relish menu of blacks was turned into biltong for international markets in Europe and Asia and shops in cities and the blacks were never given that meat.

At independence in 1980 the blacks continued to protest and in 1982, the new Government of Zimbabwe tried to solve the issue through the Communal Areas Management Programme for Indigenous Resources (Campfire).

While this was a good project that brought real benefits to the black people in terms of sharing of hunting dividends, construction of schools, clinics roads and real life benefits, it was restricted mainly to Guruve, Gokwe, Hurungwe and Binga where there was State land teeming with wildlife.

The white farmers or private conservancies were not touched. The Save Valley Conservancy is situated in the south-eastern Lowveld of Zimbabwe and covers approximately 342 123 square kilometres and was never part of the Rhodesian wildlife conservancy matrix.

Since colonialism, this area was predominantly used for cattle ranching until 1991 when intermittent droughts and erratic rainfall patterns forced 21 white property owners to abandon cattle ranching and form the Save Valley Conservancy that has become a sore of Zimbabwe’s wildlife based land reform programme.

It should be noted that the massive drought served as a catalyst to change overall land use from cattle ranching to conservation. Setting aside personal agendas, dividing fences and differences of opinion individual ranchers worked to create an enormous wildlife reserve. There we must give credit where it is due. It was quite a good job.

The Government approved the plan and even assisted Save Valley Conservancy access a loan facility to restock the conservancy with wildlife. But operationally the new conservancy adopted the Rhodesian mentality, dwelling on the Windfall system with slight modifications.

There are times when villagers from the surrounding communities were made to buy elephant meat for US$1 per kg from Save Valley Conservancy instead of giving them for free. There are times and many people can testify, when villagers who did not have cash were asked to batter trade with hard-earned sorghum and rapoko (the drought-resistant grain crops villagers managed to harvest in that drought prone area).

It is important at this stage to note that out of the 21 properties that today form the Save Valley Conservancy, only one — Sango Ranch — owned by Wilfried Pabst is protected under BIPPA, through the Germany government.

To date, this property has not been allocated to any indigenous person yet its owner is in the forefront of demonising the whole process. This is fact not fiction.

At the dawn of the Land Reform Programme, all land in Zimbabwe ceased to belong to individuals and reverted to the State. Remember all the wild animals are still State property and National Parks and Wildlife Management Authority only gives one permission.

After the formation of Save Valley Conservancy, the area became an island surrounded by a sea of poverty, thus maintaining the Rhodesian scenario. It became isolated, secluded and a no-go area for blacks to the extent that no one from villagers to journalists and Government officials would easily get access to it and its happenings.

Several airstrips became dotted where private jets landed and did business without national security scrutiny. There has always been suspicion of underhand dealings and the latest refusal to allow black players to partner with the former owners further strengthens this suspicion.

It must be interesting to note that Save Valley Conservancy is not the only one affected by the land reform programme. There is Bubi and Bubiana in Matabeleland South, there is Gwayi in Matabeleland North and there is Sebakwe in Midlands, among others yet the noise is coming from Save Valley only.

The reason is simple, being the largest European island in Africa, Save Valley Conservancy was the capital of the last vestige of hard core Rhodesians and is using the German BIPPA to leverage resistance.

What the Save Valley Conservancy has done is to use the hosting of forthcoming United Nations World Tourism Organisation 2013 General Assembly to hold the nation’s wildlife-based land reform programme at ransom.

Since the wildlife-based land reform programme was promulgated in 2006 and the 25-year leases given to the indigenes in 2007, there has been fierce resistance by the former white owners so much that without resistance from them, this country would be past that phase.

Until two weeks ago, National Parks and Wildlife Management Authority has been withholding, since 2007, hunting permits, demanding that there be order between the political leadership in Masvingo, the new farmers and the old farmers.

The reason was simple: Parks did not want to be part of the selection criteria and also the brewing conflicts. If anything the new lease holders have been too patient to remain on the sidelines with papers in their hands instead of moving in to do business.

To link the two is therefore political mischief on the part of the former white owners who are not being evicted but are being told to co-exist with new players.

The adverts being flighted in newspapers about emaciated blacks, whose ribs one can count but trying to take over Save Valley and destroying wildlife are ironic and racist. They are typical of the Rhodesian propaganda scare tactics and should be condemned with the contempt they deserve.

If there is a problem with the criteria then that is Masvingo’s problem. But on further investigation the 25-year leases have no guarantee of being extended and therefore one might need another piece of land as a fall back position.

Early this year National Parks and Wildlife Management Authority refused to renew 10-year-leases that had expired and those were for some of the most senior service chiefs, among other senior citizens. So that example means one would need somewhere to fall back on. This is unlike the 99-year leases for the other land reform component.

By and large, the new beneficiaries have to really invest in cash into conservancies because in order to harvest the wildlife, one needs to employ a professional hunter, erect hunting camps, drill artificial water holes and market their quota.

The issue at Save Valley Conservancy is that of the last resistance to indigenisation of the wildlife sector, forever, the preserve of whites in Rhodesia and the first two decades of Zimbabwe.

When the dust eventually settles, the former white farmers will have to come to terms with the reality that Save Valley Conservancy cannot remain an island in Zimbabwe, feeding the pockets of one race.

How do we unblock the Zimbabwe crisis?

Blacks worse off now than during apartheid: Malema