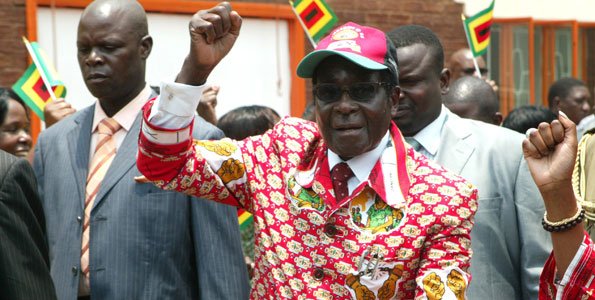 My experience with Mugabe’s dictatorship

I only turned 29 yesterday and it is quite painful to come to terms with the fact that my beloved country has been ruled by one man, Robert Mugabe, during the last 32 years. The man doesn’t believe in democracy and is a ruthless dictator.

My experience with Mugabe’s dictatorship has taught me but one thing, that dictatorship is not only immoral but also unjust and intolerable. We are where we are today because we have allowed dictatorship to take root in our country and the time has come to now replace this evil system with democracy.

As the late Masipula Sithole observed, authoritarianism is a pathology against which humanity has a tendency to always rebel. Mugabe, in my honest opinion, is nothing but a demagogue and tyrant at heart, the greatest egotist in Christendom.

Wherever he goes, whatever he does, Mugabe shows but one characteristic-that of a blustering, insolent, unscrupulous demagogue. Mugabe is no doubt a petty-minded dictator obsessed with a vision of eternal rule.

Because he has ruled the country for the past 32 years without power changing hands, I believe Mugabe has completely run out of ideas and has no vision of the future since he has been programmed to always think of the past-the protracted liberation struggle.

His campaigns are never about the present or the future. Instead, they are always about the past. Consequently, we have fallen behind compared to other countries that used to look up to us with awe and admiration. For this reason, I believe in the primacy of democracy.

Democracy is fundamentally important in that it helps us to rebuild our future which has a long-term beneficial effect on society as a whole. Mugabe must be replaced if we are to move forward as a country. And whoever is replacing Mugabe should bear in mind the fact that leadership is more than just vision.

Rather, it is a combination of courage, determination, commitment, character and the ability to get others willing to be guided by you. Our main problem is that we have tolerated Mugabe for too long.

There were times when things could have been improved but we allowed one individual to dominate our country to such an extent that it almost ended up being synonymous with a personal fiefdom. We are all guilty in this particularly those who regard(ed) him as their messiah.

Mugabe and his henchmen are corrupt, incompetent and their primary concern is political repression and cronyism that has ultimately led to the economic collapse of the country. Mugabe has been brutal, cruel, mean and selfish during the last 32 years and the time to end his rule is now or never.

This has to be especially when taking into account the fact that bad habits die hard and sometimes they don’t die at all. I am convinced that Mugabe’s habits will not die. He, more than ever before, is determined to rule till death.

Mugabe will continue with his arrogant, commandist and militaristic approach insofar as the issue of governance is concerned. It is quite unfortunate because this is happening at a time when the rest of Africa is democratising and is moving away from a commandist to a consensual or palaver polity.

I am even more worried when I have to stomach the fact that the military identifies its organisational interests with those of the dictator. I am of the viewpoint that the military, police and central intelligence organisation are state institutions that are expected to be neutral and not to advance political ambitions of any particular individual.

It isn’t democracy when these institutions meddle in political affairs to the detriment of the nation. Their intervention is required only to maintain the constitutional order.

I have always known the family as a school of deeper humanity; within which each member learns best what it means to be a human being. There, each member of the human family, from conception to natural death, experiences the gift of unconditional and enduring love.

Thus, each person is carefully taught by the family to be responsible, to commit, to share, and to love. Through their complementary roles, mother and father, equal in dignity, show their children that the freedom of the human person is most fully and rightly lived in service to others.

But on second thought, I have been asking myself if Mugabe and those who are ready to kill on his behalf are people from the ideal family that I have always known. Politics for them is a matter of life and death. We need to do away with such people.

I know, as you also know, that the suffering and oppressed people of Zimbabwe believe that it is not words that can change their lives, but a change in our country. Altruism and generosity are rarer and weaker than in the past.

It is therefore because of this that I humbly, earnestly and sincerely request our leaders/trustees to embrace servant leadership for the sake of the poor please! Let’s serve one another and stop thinking only about ourselves. True fulfillment comes not through ego satisfaction but through service to others.

I hold that each person has an obligation to further the pleasures and alleviate the pains of other people.

Jesus Christ, the outstanding personality of all time, all history, both as Son of God and as Son of Man came not to be served but to serve and to give His life as a ransom for many (Mark 10:45).

“A man who was completely innocent offered himself as a sacrifice for the good of others, including his enemies and became the ransom of the world. It was a perfect act” (Mohandas K. Gandhi, political and spiritual leader of India).

In finale, “…and I have fought against black domination. I have cherished the ideal of a democratic and free society in which all persons live together in harmony and with equal opportunities. It is an ideal which I hope to live for and to achieve. But if needs be, it is an ideal for which I am prepared to die” (Nelson Rolihlahla Mandela).

How I wish these words would become second nature to us especially in view of our vigorous fight against dictatorship in Zimbabwe. I put it to you dear readers and I rest my case until next time. Be blessed.

Much ado about nothing – Zimbabwe Vigil Diary