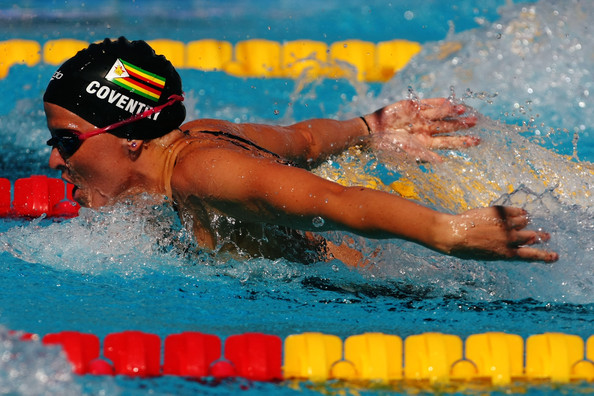 Education, Sport and Culture Minister David Coltart has urged Zimbabweans not to focus too much on quantity and instead look at the quality of the athletes who will represent the country at the Olympic Games in London this month.

Coltart was reacting to weekend reports that Zimbabwe will be fielding the “smallest and probably weakest sporting team to ever compete” in the games. Only seven athletes including swimmer Kirsty Coventry have qualified.

The roots of Ukraine war: A rebuttal of Chando’s…

As Coltart explained the reason for this small number, “is mainly dictated to us by the International Olympic Committee (IOC). As you know they set qualifying times and athletes have to meet those times, otherwise they are not accepted to the Olympics. So unfortunately we have these seven or so,” who have qualified.

“Its not necessarily (quantity) the nation should be looking at. Think back to the 2008 Olympics, Zimbabwe also had a very small team but we came away with way more medals than South Africa who went with a team of over 200 and so we shouldn’t really be looking at the quantity, we need to look at quality,” he said.

Asked whether government was responsible for the deterioration in sporting standards Coltart said:

“There is no doubt that education and sport in the last two decades has been under-funded and tied into that is the collapse of the economy in the last 10 to 12 years. That’s has meant some of our best athletes have left the country or their talent has not been identified and nurtured.”

He said because of this crisis Zimbabwe did not have as many athletes going through its system and excelling, as was the case in the past. SW Radio Africa

The roots of Ukraine war: A rebuttal of Chando’s assertions – Coltart