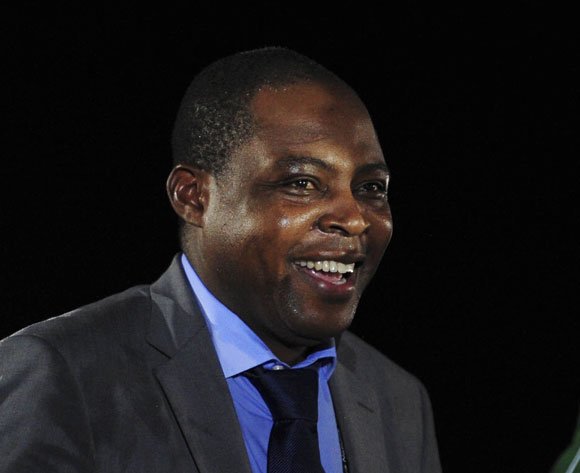 Zambian soccer legend Kalusha Bwalya has become the latest to be hit by an intricate loan scam run by suspected Zimbabwean lenders where people put their properties on the line for a once-off cash payment.

The deal calls for the surrendering of immovable property, in this case, title deeds for cash. The same scam has seen prominent people, including Government ministers, losing their properties to the loan sharks.

A Lusaka High Court Judge Mr Nigel Mutuna ruled against Bwalya who brought Zimbabwean businessman Chamunorwa Nyarungwe Haruperi to court contesting the terms under which he borrowed US$26 250 in 2008. The Football Association of Zambia president Bwalya has since lost a house in Lusaka’s posh Woodlands area after the High Court dismissed his case against Haruperi.

The mansion is located at stand 921 Woodlands — one of Lusaka’s upmarket suburbs. Zambian sources have linked Haruperi to self-exiled businessman Frank Buyanga who is on an Interpol wanted list for his deals in property-for-cash deals.

Bwalya has since appealed against the High Court ruling. In a judgment handed down on June 25 this year, Justice Mutuna said: “The facts as they are revealed in the pleading are that sometime in October 2008, the Plaintiff approached the second defendant, Haruperi, as representative of the first defendant, Chardore Properties Limited, for purposes of borrowing money.”

He noted that Haruperi agreed to lend Bwalya the sum of US$26 250 on condition that he deposits the title deeds to his property, stand 921 in Woodlands, Lusaka. He said upon Haruperi’s request, Bwalya executed a contract of sale and deed of assignment in respect of the property.

“Subsequently, the first defendant transferred title to the property into its name alleging that the same was sold to it by the plaintiff,” the judgment read.

“The plaintiff’s contentions as they are contained in the statement of claim are as follows: The first defendant misrepresented to the plaintiff that it was merely lending him the sum of US$26 250 but it fraudulently transferred title to the property into its name.”

This was notwithstanding, he said, an oral representation made by Haruperi that he would not register a charge over the property or transfer title deeds to Chardore Properties Limited. According to media reports from Lusaka, Zambia, Bwalya wanted the court to set aside the said contract of agreement for being void on account of mistake.

Judge Mutuna said the defendants contended that the parties freely contracted and understood the terms of the agreement entered into and that Bwalya had full knowledge of the actions he undertook and the consequences.

“It was, therefore, contended, in this respect that, the plaintiff freely and conscientiously signed the agreement with the first defendant and surrendered the title deeds to his property to the first defendant,” the judgment read in part. He said that the parties were in agreement that they executed a contract of sale and deed of assignment.

“I find that these clauses clearly spell out the intention of the parties which is that the plaintiff would sell and the first defendant would purchase,” he said.

“By the said acknowledgement, the plaintiff clearly acknowledges receipt of the sum of US$26 250 as being the purchase price for this property.”

Judge Mutuna said Bwalya’s evidence that he did not sign on the acknowledgement but rather on a blank piece of paper was also not acceptable.

“If he indeed did sign on a blank piece of paper as he alleges, he ought to have known and is taken to have known the natural and probable consequences of such a callous act and therefore has himself to blame for any adverse consequences to his rights,” he said.

Judge Mutuna barred Kalusha from taking out any action against Chardore Properties Limited as the registered proprietor of the Woodlands house.

Meanwhile Kalusha filed a notice of appeal in the Supreme Court against Justice Mutuna’s judgment. He also asked the court to order a stay of execution of the judgement pending determination of his case by the Supreme Court. The Herald

Reviving the tennis legend of the Black family