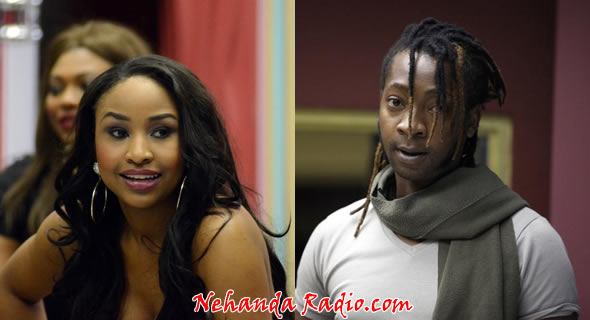 When in Rome do as the Romans do and when in Upville gossip as the Upvillers do. That seems to be the motto that Junia is following since being upgraded to the VIP House on Sunday.

While fellow Upville newbie Keagan spent the evening chatting merrily with the rest of the Housemates, Junia has been locked in a lengthy gossip session with none other Upville’s reigning gossip empress, Maneta. It looks like Junia is looking to stir things up among the celebrity Housemates.

“So if I kissed him would that be a problem?” Junia asked naughtily after Maneta dished to her about the lack of intimacy in Goldie and Prezzo’s relationship. The more Maneta described the Nigerian singer it just seemed to get the pint-sized Housemate riled even more to that point that Junia even said: “I just know when I am going to fight with someone.”

Maneta then waxed lyrical about her playful relationship with Keitta. “Keitta is such a baby. He is such a sissy he cringes every time I go near him that is why I like to play with him, it’s entertaining,” confessed the young beauty.

Maneta then gave her the low-down on DKB and Zainab and the heated altercation that saw the two getting disqualified. Next in the firing line for Maneta’s lethal tongue were Roki and Lady May. She described her fellow countryman as “crazy” before moving on to Lady May.

Maneta gave a detailed description of the Namibian songbird’s eccentric behaviour and cautioned: “Don’t joke with her ever she does not take kindly to jokes”.

Earlier on Junia looked sombre while complaining about feeling out of place but all of that is forgotten now and it is amazing to see just how quickly she has taken to the backstabbing ways of the Upville Housemates. Could it be that her true colours are finally showing? — DStv

Where do Zimbabwe Warriors go from here?