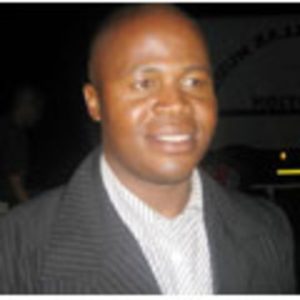 Gospel artiste Amos Mahendere was on Sunday involved in a street brawl with a commuter omnibus driver in Chitungwiza. The musician-cum-bouncer pulled what was suspected to be a pistol and assaulted the driver, leaving him in a pool of blood.

The brawl started when some members of Prophet Emmanuel Makandiwa’s United Family International Church asked the driver Ignatius Nyika (30) to lower the volume of the stereo. The driver reportedly refused.

Incensed by the noise the church members asked to be dropped off before their destination. As they disembarked, they reportedly pounced on the conductor Moses Chiyangwa.

When Nyika tried to restrain the UFIC members from beating up his workmate, Mahendere then arrived at the scene and pulled out what passersby suspected was a pistol. He struck the driver several times on the head with the object.

Mahendere was taken to Chitungwiza Police Station for questioning while the injured Nyika was rushed to Chitungwiza Central Hospital for treatment. When asked about the fracas, Mahendere said he was protecting fellow church members.

“I was afraid that other commuter omnibus conductors and drivers might mob and beat them up,” he said.

Formerly a staunch member of the Apostolic Faith Mission, Mahendere is now one of the respected musicians and a member of UFIC. His claim to fame was his video of the song “Hupenyu Hwepanyika” which was voted Best Video of the Year on ZBCTV at the turn of the Millennium.

Michael Mahendere, his younger brother, confirmed the incident. “I heard about the fight but I don’t know what actually happened,” Michael said. Harare Provincial police spokesperson, Inspector James Sabau could neither confirm nor deny the incident, but said he would make a follow up.

However, it could not be ascertained whether Mahendere had used a gun or not.

DeMbare freeze at Maglas in Zvishavane