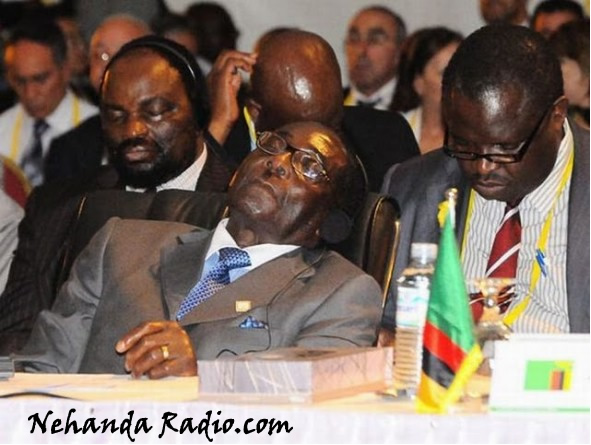 HARARE – Another old African president will fall critically ill, hospitalised but will be saved from death, popular Nigerian prophet Temitope Balogun Joshua (TB Joshua), left, has reportedly said, according to the Zimbabwean Mail.

In his most recent prophecy this week, the popular prophet reportedly said the Africa president, whom he did not name, would miss death by a whisker. In his second service on Sunday, at his Synagogue Church of All Nations (Scoan) headquarters in Nigeria at around 11pm, Zimbabwean time, the prophet made his second prophecy concerning the health of an African leader.

According to his followers in Zimbabwe, the prophet added that this time around, the president would not die because he will be helped just in time. TB Joshua’s office numbers in Lagos were not being picked up at the time of going to press. However, a lady who picked up the phone at his South African offices confirmed that TB Joshua had indeed spoken about the African leader’s illness.

“Yes he did. Watch the rebroadcast on Thursday and Friday.” She refused to give her name. At the time of going to press yesterday, TB Joshua’s websites had not yet published the details of his latest prophecy. TB Joshua explained that he would not divulge the name of this president as he was worried of the media frenzy created by the prophecy about the death of an old African head of state.

The anxiety, reflecting in secretive efforts to “blackmail” the immigration department to deny the Lagos-based evangelist a visa should he decide to come, was exposed through a spurious state media story yesterday claiming that TB Joshua’s visit would be used for the MDC’s electoral campaigns.

The Daily News was told yesterday that hardliners in Zanu PF, who are worried that the relationship between TB Joshua and Tsvangirai could give the MDC leader massive support, are already plotting to deny him entry into Zimbabwe.

It also comes as the popular preacher’s stock has been rising in Zimbabwe and abroad after his February prediction that an old African leader would die within months, and 60 days later, Malawi’s President Bingu wa Mutharika, 78, died of heart failure. A few days before wa Mutharika’s death, TB Joshua announced that the death of an African leader was imminent.

Didymus Mutasa, the Zanu PF secretary for administration, yesterday however stressed that they had no problems with TB Joshua’s anticipated arrival in the country even though he was coming on Tsvangirai’s invitation.