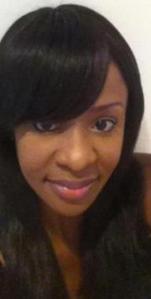 BERLIN- The wife of Zimbabwe’s deputy ambassador to Germany had to be escorted by police to her house because she was too drunk to drive back home from a ‘disco’ club in Lutzowstrasse where she had been drinking alcohol.

Nehanda Radio.com can exclusively reveal that Bellafrida Masesa Mwayera, wife to Deputy Ambassador Pedzisai Peter Mwayera, tried to leave a local bar around 8am in the morning before an alert doorman took away her car keys for her own safety. The doorman promptly waved down a police car which was passing by.

Once the police arrived the doorman explained that Mwayera, who could hardly walk, wanted to drive back to her home in Zehlendorf. The officers who attended the scene gave her a breathaliser test and the reading showed she had an alcohol to blood level of 1,74 which is 3.5 times over the allowed limit in Germany.

Nehanda Radio.com understands that the police then offered to call a taxi for the woman and she refused saying she is a diplomat and had immunity from German laws. She demanded that her car keys and diplomatic passport be handed back to her.

To prevent her from driving away the two crews of police cars had to block the road. To ‘avert present danger’ the police put Mwayera in a police car and escorted her home. She was so drunk, when she got home, the police officers had to help her not only to get out the car but to also get inside her house.

The case, covered by several local papers has already ignited debate on diplomats who commit crimes knowing they have immunity. Around 40 cases a month are said to be reported involving diplomats posted in Germany and many of them are traffic related. Nehanda Radio.com

Chihuri to be acting police commissioner

Harry Dunn crash: Donald Trump notes say US suspect ‘will not return to…